School on the Hill: Artists and Outsiders 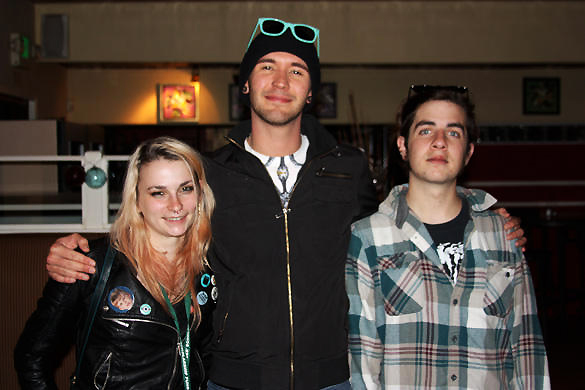 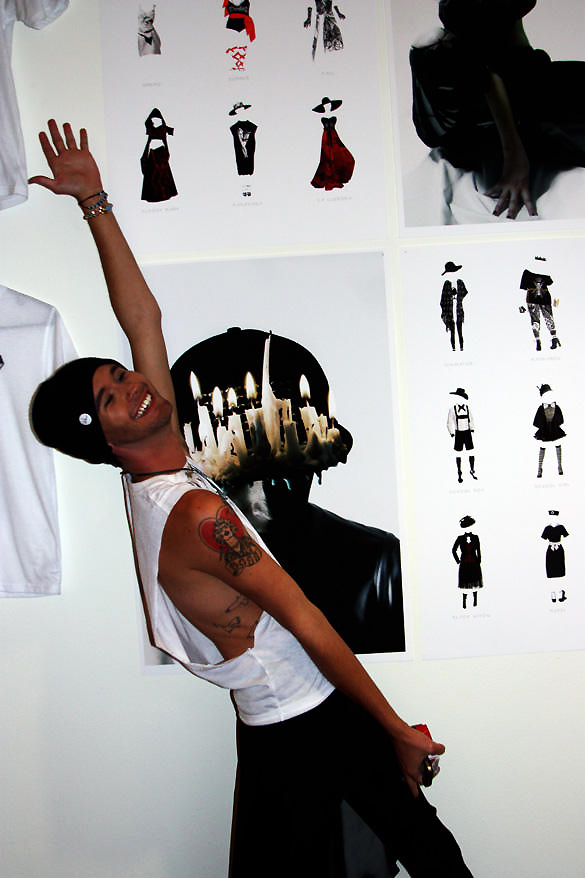 Editor’s Note: This is part of a continuing series of stories exploring the two-edged sword of the “challenging” nature of the education students receive in Los Alamos.

Craig Mortensen, Corbin Pfeffer and Lydia Coe are close friends. All three are from Los Alamos and involved in the arts. Mortensen and Coe are preparing to graduate from Santa Fe Institute of Art and Design with a visual arts emphasis this year.

Coe loves animation and motion graphics, while Mortensen is entranced by costume and clothing design as well as graphic arts. Pfeffer is passionate about music. He’s played guitar for a number of metal bands and recently relocated to Santa Fe after a few years in New Orleans.

Mortensen graduated from Los Alamos High School in 2010 and Pfeffer graduated the following year. Coe’s family decided to enroll her in a private boarding school after elementary school on the advice of teachers and staff at Barranca Elementary School. Luckily, financial resources were available to make this an option.

“Graduation from high school was the most satisfying day of my life because I was finally out of there after four years of anger and depression,” Pfeffer said. “I hated going to school but I was determined to graduate.”

Mortensen very nearly didn’t graduate because of an F on his final humanities paper, which ironically was a critique of what he perceived as the failures of the high school. He was allowed to take an online class in the summer, but not allowed to go through the graduation ceremony.

“They wouldn’t even mail me my diploma, they made me come and pick it up,” he recalled.

Enrolling in School of Choice, LAHS’s alternative learning program inside the high school, and his involvement with the Olions Drama Club kept Mortensen from dropping out, he said.

Pfeffer agreed. “If you’re not a star student, the academic gods and the staff looks down on you,” he said.

For Pfeffer, his AP music classes and some special teachers were the key to graduation.

“He actually would say to us, ‘tell me what you think.’ His class helped me to learn to think. Every kind of student learned something and was engaged, even kids who didn’t care about any other classes. The things Mr. Easton taught me blew my mind,” Pfeffer said.

Mortensen and Pfeffer said the homework load was a real problem for them in high school, not because it was “challenging,” but because most of it was boring busy work, geared to passing a standardized test and then forgotten. Students with a low tolerance for this sort of thing often fail at the high school, in spite of high intelligence and creativity, they said.

“Teachers would say to me, if you cared about this as much as you care about your music, you’d do well, and I’d think, ‘you have to be kidding,’” Pfeffer said.

Mortensen said he never received any respect from the teachers and staff for his drama skills, although he starred in nearly every school play.

“Jocks were cut all kinds of slack, but I could be up all night working on sets or rehearsing and it didn’t matter,” he said. “Even now, when I come back to Los Alamos and tell people I’m in art school, they act like I’m wearing a dunce cap. I didn’t get any help figuring out how to apply to college and then the high school lost my transcripts and wouldn’t help the college get it figured out. I think they just didn’t care.”

Coe started skipping classes during elementary school. She was in special education classes due to her dyslexia and ADD, but the classes were geared to students with serious learning and behavioral issues who couldn’t read or do academic work, which came easily to Coe. She found the classes boring and unpleasant.

Coe struggled at Barranca Elementary, but in private school she was an honor student and president of her class.

“I would have failed at Los Alamos High School,” she said.

Mortensen and Pfeffer said students were “profiled” by LAHS teachers and staff based on class background, lifestyle choices and race.

“Their attitude towards me was, this guy clearly doesn’t care because he’s in a metal band,” Pfeffer said.

Mortensen said he had problems, especially with the campus police because he is openly gay.

“I once was harassed for an hour in the school parking lot because my car broke down,” he said.

Police target and harass certain students both on and off campus, regardless of their past record or what they are doing, Mortensen said.

“We had five cops show up once when we were having a tea party at the roundabout,” he said.

Mortensen and Pfeffer said they are grateful they received a good education.

“I help fellow students with their work all the time now that I’m in college,” Mortensen said.

The two said they realize many schools are far inferior to LAHS and that problems exist everywhere. LAHS has the resources to address its problems, unlike many other schools, Mortensen said.

“It’s not a matter of whether to serve one kind of student over someone else,” he said. “It’s a matter of valuing all kinds of students.”