Scenes from Saturday’s ‘Bagpipes in the Park Concert’ 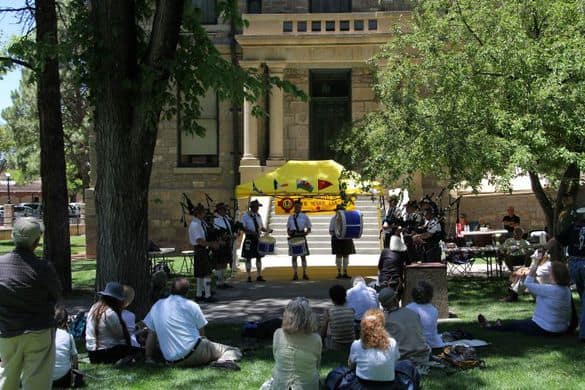 The Order of the Thistle Pipes and Drums performed in Santa Fe Saturday at the annual “Bagpipes in the Park Concert” on the lawn of the Federal Court House in Santa Fe. The band is sponsored by the Scottish Rite of Santa Fe. Photo by N.S. Mills 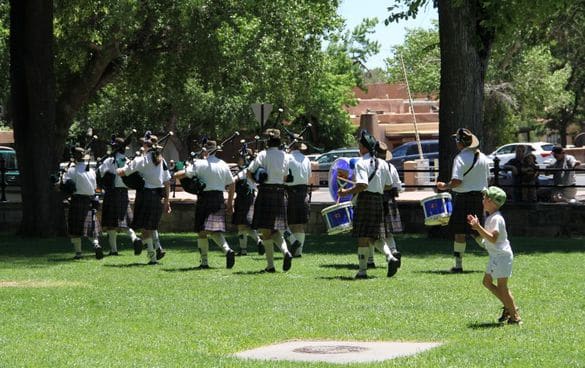 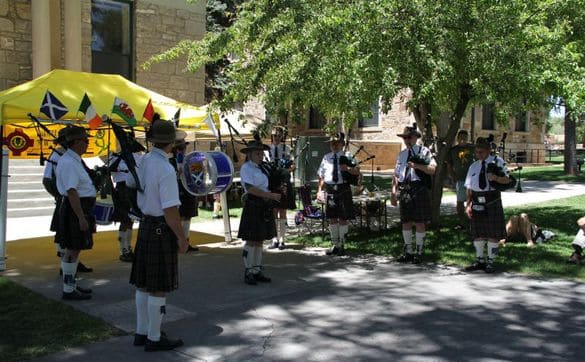 In honor of the bagpipers’ pride, I offer:
“The Bagpiper’s Tale; a Personal Testimony*

As a bagpiper, I’m often called upon to play at weddings, military events, and funerals. Recently I was asked by a funeral director to play at a grave side service for a homeless man.

The man had no family or friends, so the service was set at the county pauper’s cemetery in the Kentucky back woods.

I was not familiar with the backwoods and soon found myself lost. Being a typical man, I didn’t stop to ask for directions.

I finally arrived an hour late – the staff from the funeral home was long gone and the hearse was nowhere in sight.

There were only the diggers and crew left and they were eating lunch.

I felt badly and apologized to the men for being late. I went to the side of the grave and looked down.
The vault lid was already in place. I didn’t know what else to do, so I started to play …

The workers put down their lunches and began to gather around. I played out my heart and soul for this man with no family and friends.

I played like I’ve never played before for this homeless man.

And as I played ‘Amazing Grace,’ the workers began to weep. They wept. I wept. We all wept together.

When I finished I packed up my bagpipes and started for my car. Though my head hung low my heart was full.

As I opened the door to my car, I heard one of the workers say, “I never seen nothin’ like that before and I’ve been putting in septic tanks for 20 years.”