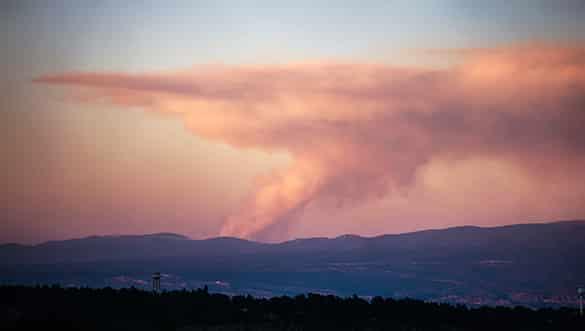 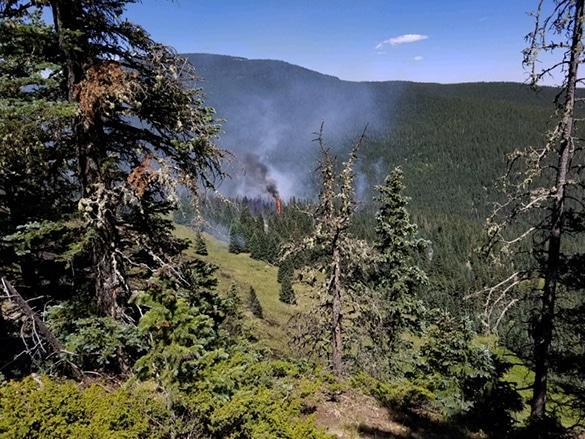 Scene from the Sardinas Canyon Fire burning near Taos in the Carson National Forest. Courtesy/NMFI

As of Tuesday evening the Sardinas Canyon Fire has consumed about 500 acres and is burning 18 miles from Taos.

Cause: Unknown, under investigation

Tuesday, the majority of the fire growth was on the east flank, which remains west of Forest Service Road 76. Crews utilized air resources to help slow the progression of the fire to the northwest. Firefighters continued indirect line construction along the north perimeters of the fire using old logging road and meadows. Fire activity will be similar to today’s fire behavior due to hot and dry condition expected tomorrow.

Due to the remote location and rough terrain firefighters are implementing tactics that will yield a high probability of success while allowing for the safety of firefighters. Additional management actions will be further determined by fire activity, weather, and continued progression of the fire.

A community meeting will be held in Mora at 6 p.m. Thursday, June 28. (Location to be determined).

A Temporary Flight Restriction (TFR) is in place over the fire. Unauthorized use of unmanned aircraft (also known as “drones”) in a fire area endangers the lives of pilots and firefighters and is strictly forbidden. Never fly unmanned aircraft over or near a wildfire whether there is a TFR (Temporary Flight Restriction) in effect or not.  Visit https://www.nifc.gov/drones and Know Before You Go for more information on drones and wildfires.