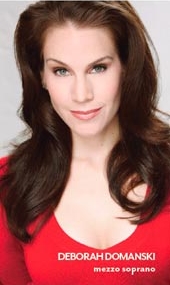 Before recording technologies made access to music limitless, experiencing music was limited to live performance. A true challenge was regularly enjoying large-scaled modern works for orchestra.

In 1918, Arnold Schoenberg (1874-1951) and a circle of his students and friends addressed this issue and founded the Society for Private Musical Performances (Verein für musikalische Privataufführungen) with the intention of making carefully rehearsed and comprehensible performances of modern music available to the “genuinely interested” music public. Only those who had joined the organization were admitted to the events: the purpose was to exclude “sensation-seeking” members of the Viennese public (who would attend concerts with the express goal of whistling derisively at modern works) as well as keep out hostile critics who would attack such music in their publications. Music needing more than one hearing to be understood was repeated at subsequent concerts. Considering that the 19th century trend in symphonic music required large numbers of musicians, the Society transcribed its musical offerings for a small ensemble, thereby cutting costs and increasing flexibility. In its brief life span (1918-1921), the Society gave 117 concerts presenting 154 works.

The concept of arranging music that originally required large forces into smaller ensembles exists also in the opposite direction, with orchestral arrangements of string quartets, or orchestrations of keyboard music. Leopold Stokowski’s orchestral arrangement of Bach’s Toccata and Fugue in D Minor is perhaps one of the most famous.

The concert begins with Debussy’s iconic Prélude à l’après-midi d’un faune (Prelude to the afternoon of a faun.)

Debussy startled the world in 1894 with his orchestral Prélude to Stéphane Mallarmé’s poem L’après-midi d’un faune. First impressions of the work called it “musical absinthe” and accused it of abolishing rhythm, melody and tonality, leaving nothing but atmosphere.  But what atmosphere remains! Dazzling light, blurred shadows and fleeting impressions depict the yearnings of a faun watching a group of nymphs on a hot, hazy summer afternoon. “Nothing is more precious than that half-light in which the undefined and the defined meet” (Paul Verlaine, 1844-1896.) From the first hesitant measures, the music appears improvised, unfolding in a web of fluid rhythms and ambiguous harmonies, yet moving steadily toward a luxurious climax, only to return to its sultry beginning.

Following the Debussy, Deborah Domanski takes to the stage to join the orchestra in performing Gustav Mahler’s Lieder eines fahrenden Gesellen(Songs of a Wayfarer.)

Mahler was a late-romantic Austrian composer and one of the leading conductors of his generation. As a child he was exposed to many kinds of music and later used these materials in his compositions, including military music from a local barracks, folk music played at town events, popular music in his father’s tavern, Jewish bands and sacred music from the local Catholic Church. Early in his career, Mahler was an assistant conductor at the local theater in Kassel, Germany where he had a brief and disappointing affair with the soprano Johanna Richter. For her he wrote some poems contrasting man’s sorrow and the beauty of nature. He selected four of these poems and orchestrated them as his Songs of a Wayfarer. To fit the simple, folklore approach of the poems, Mahler created a musical style inspired by popular music of childhood lullabies, shepherd’s pipes, and sounds of nature set within the framework of a young man rejected by his beloved. Originally scored for voice, 19 wind instruments, two percussion players, harp and strings, Schoenberg and his students arranged these songs for voice, two wind instruments (flute, clarinet), keyboards (organ, piano), percussion and strings.

Mahler’s Adagietto from his Symphony No. 5 (1901) has gained popularity beyond that of the symphony, principally because it was used in Luchino Visconti’s film Death in Venice (1971) and in the funeral service for Robert Kennedy (1968). As a result this music is associated with death and mourning, but it is perhaps more properly a love song for his soon-to-be wife Alma Schindler. From the large-scale instrumentation of Symphony No. 5 (strings plus 30 wind and percussion instruments), Mahler reduces the orchestration for the Adagietto to strings and harp alone. The music is characterized by sighing motives and long suspensions with allusions to the passionately yearning “gaze” motive from Wagner’s Tristan und Isolde.

After intermission, the final work of the concert will be Dmitri Shostakovich’s Symphony for Strings and Woodwinds, Op. 73a (orch. Rudolf Barshai.)

Shostakovich wrote his String Quartet No. 3, Op. 73 (1948) during the period when the Soviet Union cracked down on its artistic intelligentsia’s “decadent bourgeois art” and censored works not conforming to official standards. Though Shostakovich’s third string quartet was suppressed for “elitism and ambiguity,” he regarded it as one of his most successful works. To help soften its “elitist” allegations, Shostakovich created descriptive titles for the movements. Although they were never published this way, they do hint at the character of the music:

I. Allegretto: Blithe ignorance of the future cataclysm

IV. Adagio: In memory of the dead

V. Moderato: The eternal question: why and for what?

The orchestral arrangement of the quartet was made by Shostakovich’s friend and student Rudolf Barshai (b. 1924), who is regarded as an expert conductor and interpreter of Shostakovich’s symphonies. In 1955 Barshai founded the Moscow Chamber Orchestra, and it was for this group that he made, with Shostakovich’s approval, orchestrations of five of the composer’s string quartets (Nos. 1, 3, 4, 8 and 10).

Meet the Music: Learn more about the music you love! Thomas O’Connor, Santa Fe Pro Musica Conductor and Music Director, will present a “behind the scenes” discussion of the music, one hour prior to each concert at the St. Francis Auditorium – Free to ticket holders.

D.S. Crafts, reviewer for The Albuquerque Journal wrote, “Deborah Domanski as Radamisto’s wife Zenobia exudes sensuality both in voice and stage presence. Her clear, focused and radiant mezzo-soprano illuminates both her enthusiastic acceptance of death “Son contenta di morire” and her tender plea “Quando mai” (When cruel destiny). She and David Daniels are later reunited in a sparkling duet.”

Prior to her triumph as Zenobia, Deborah sang the role of Signora Guidotti in the Santa Fe Opera pre-season one-hour production of Nino Rota’s The Timid Twosome. Other engagements include the role of Lazuli in L’Etoile with Austin Lyric Opera, the title role of La Cenerentola with Opera Southwest, Prince Orlovsky in Die Fledermaus with Opera Southwest, the pants role of Jack in the American premier of Dame Ethel Smyth’s The Wreckers performed with the American Symphony Orchestra at Avery Fisher Hall – Lincoln Center, Mezzo-Soprano soloist with the Columbia Pro Cantare in Handel’s Messiah, and Cherubino in Le Nozze de Figaro with Opera Southwest. Deborah also recently debuted with Opera Hong Kong & The Hong Kong Philharmonic, The Utah Symphony, and Amarillio Opera in the title role of La Perichole. In 2011 Deborah released her first album entitled “Arias & Songs” with Maestro Robert Tweten on piano…

Santa Fe Pro Musica, founded in 1980, is a non-profit performing arts organization dedicated to inspiring and educating audiences of all ages through the performance of great music.  Pro Musica performs a varied repertoire, covering four centuries of music on modern and baroque instruments, including works for chamber orchestra, small ensemble and large-scale works for orchestra and chorus.  In 2008, Pro Musica’s recording of Gustav Mahler’s Das Lied von der Erde (chamber arrangement by Schoenberg) was nominated for a GRAMMY® award in the classical category of Best Small Ensemble Performance. In August of 2012, Santa Fe Pro Musica Recordings produced a CD of Conrad Tao, pianist, performing Mozart Piano Concertos No. 17 and No. 25.  In addition to gaining national recognition over its 32 years for its artistry in performance, Santa Fe Pro Musica offers some of the most distinguished educational opportunities in northern New Mexico, reaching thousands of students every year with a Youth Concert series, a team-building, ensemble-training program, and a master class series for New Mexico School for the Arts students.

The 2013-2014 Season is partially funded by the City of Santa Fe Arts Commission, the 1 percent Lodgers Tax, and New Mexico Arts (a Division of the Department of Cultural Affairs.)