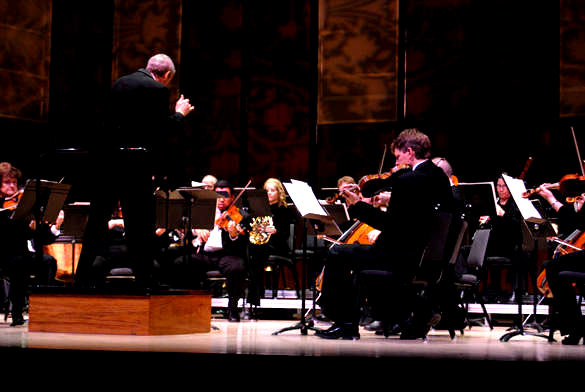 Santa Fe Pro Musica Conductor and Music Director Thomas O’Connor presents a “behind the scenes” discussion of the music, one hour prior to each concert in the St. Francis Auditorium – free to ticket holders.

The Brandenburg Concertos, BWV 1046-1051, will be performed in the following order:

The Brandenburg Concertos are recognized as supreme examples of Baroque instrumental music; “a kaleidoscopic treasure.”

In 1721, J. S. Bach sent a set of six concertos to Christian Ludwig, the Margrave of Brandenburg. The collection, neatly copied in Bach’s handwriting, was titled Concerts avec plusieurs instruments (Concertos with several instruments). The Margrave shelved them in his library where they remained untouched. The concertos were rediscovered in the Berlin Imperial Library during the 19th century and published in 1850. The popular name Brandenburg Concertos was bestowed in 1873 by Philipp Spitta from his biography J. S. Bach.

Presumably, Bach selected the six Brandenburg Concertos from concertos he had written earlier, predating his meeting with the Margrave. They probably do not reflect the specific instrumentation of the ensembles available either to the Margrave or Bach’s employer at that time, the Prince Leopold of Anhalt-Cöthen. 18th century protocol would have required Bach, while in the employ of Prince Leopold, to obtain formal permission for dedicating such a work to another sovereign.

It’s hard to imagine Bach could have dedicated music to the Margrave that was originally written for the Prince, especially if the Prince considered the music his property!

The selection criteria appear to favor extreme diversity. All the orchestral families are included: brass (trumpet and French horn), woodwinds (oboe, flute, bassoon), strings (violin, viola, cello, viola da gamba), and harpsichord. The only instrument lacking a solo role is the bass. The modest title,Concertos with several instruments, does not begin to suggest the degree of innovation exhibited. Every one of the six concertos remains unparalleled in its instrumental and musical creativity.

The Brandenburg Concertos are in the style of the concerto grosso, one of the most popular instrumental forms of the Baroque period, featuring a group of solo instruments (concertino) supported by a larger group of string instruments (ripieno) with basso continuo (harpsichord and a bass instrument reinforcing the bass line).