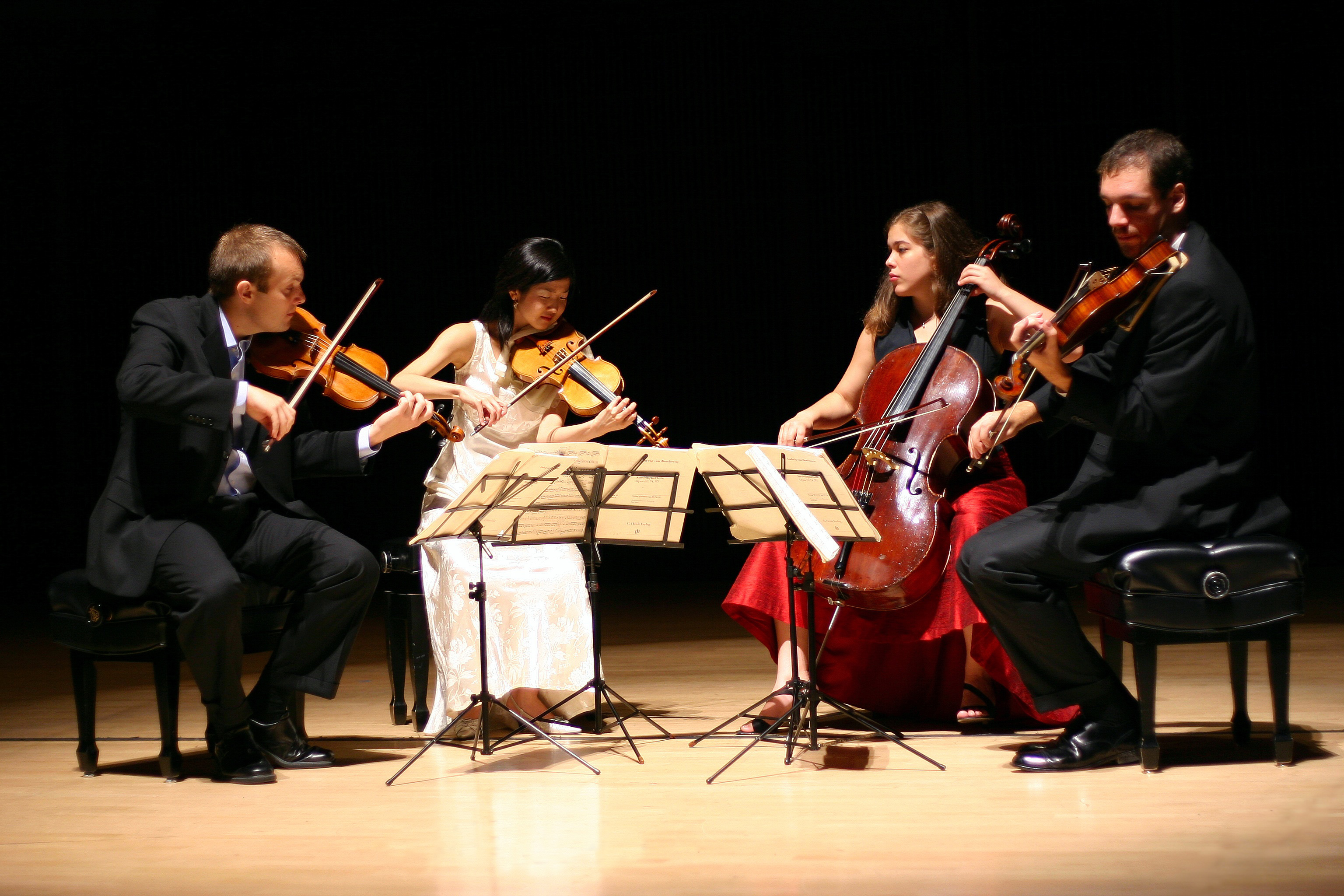 Guest speaker Dr. John Clubbe will present a “behind the scenes” discussion of the music, one hour before the concert at the St. Francis Auditorium (free to ticket holders.) Clubbe has written many scholarly articles about Beethoven and his times.

The Jasper String Quartet performs pieces emotionally significant to its members ranging from Haydn and Beethoven through Berg, Ligeti and living composers. The Jasper Quartet is named after Jasper National Park in Alberta, Canada.

In the 1750s, Haydn was employed by Baron Karl von Fürnberg and provided music for his estate.

Haydn’s friend and biographer Georg August Griesinger tells the story: “The following purely chance circumstance led him to try his luck at composing a quartet for string players.

Baron Fürnberg had a place outside Vienna, and he invited from time to time his pastor, his manager, and the local cellist, Mr. Albrechtsberger. In order to have a little music, Fürnberg requested Haydn compose something that could be performed by these amateurs.

Haydn, then 20 years old, took up this proposal, and so originated his first string quartet which, immediately it appeared, received such general approval that Haydn took courage to work further in this form and went on to write more than 70 string quartets.

The second movement Largo (broad and spacious) dominates the String Quartet Op. 76, No. 5 in length and character and is the reason for the quartet’s moniker.

After the Haydn, the quartet will perform Sarabande from American composer Aaron Jay Kernis’ String Quartet No. 2, which was written in 1996-97 and received the 1998 Pulitzer Prize in music.

This composition has been compared to Samuel Barber’s famous Adagio from String Quartet, Op. 11. Both works are movements from string quartets that are often performed separate from the larger composition and have been arranged for string orchestra.

Also, they use tensely intertwined string writing, relentless and rhapsodic phrasing that rises to a climax, and then fades into silence.

Kernis teaches at the Yale School of Music and serves as director of the Minnesota Orchestra’s Composers’ Institute.

After intermission, the quartet will perform Beethoven’s String Quartet in C-Sharp Minor, Op. 131. According to Karl Holz, one of Beethoven’s closest friends in his last years, the composer considered the Op. 131 string quartet to be his greatest.

Richard Wagner simply yet profoundly described the finale of Op. 131 as “the very dance of the world itself.”

For more information about the concert, visit  www.santafepromusica.com.