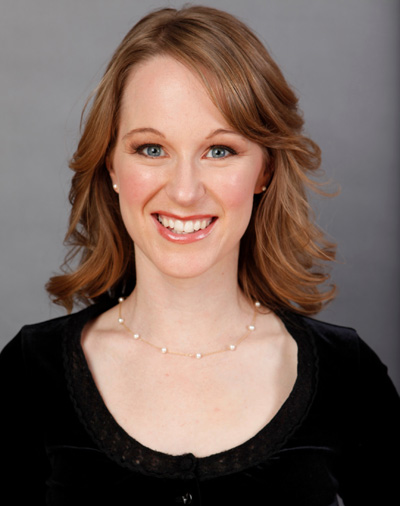 The concert begins with Purcell’s Sonata No. 9 in F Major, “Golden Sonata.” In 1683, Purcell composed a set of 10 string sonatas, and in the preface he articulated to the reader that he has “faithfully endeavored a just imitation of the most famous Italian Masters.”

These sonatas were enthusiastically received, and several of them acquired nicknames as well as lasting popularity including the Sonata in F Major, called, for its excellence, the “Golden Sonata.”

Following the Purcell, Mueller joins the ensemble in performing Pergolesi’s Salve Regina in C Minor. An Italian composer and violinist based in Naples, Pergolesi was recognized as a prodigy and phenomenon during his lifetime. In 1734 Pergolesi was appointed deputy music director for the city of Naples.

He left this position in 1736 and retreated to a Franciscan monastery where he quickly succumbed to tuberculosis.

Pergolesi composed a setting of Salve Regina for soprano and strings during his final weeks at the monastery. The text, one of four 11th-century hymns of praise and supplication to the Virgin Mary, is a sinner’s plea to the Virgin, begging for merciful intercession and yearning for the comforting presence of Jesus.

After the Pergolesi, the ensemble will perform Corelli’sSonata da Chiesa in F Major, Op. 1, No. 1. In 1681 Corelli published his first book of sonatas, the Sonate da Chiesa, Op.1, a set of 12 sonatas dedicated to Queen Christina. Corelli, who was one of the first to exploit the resources of the violin, led the way for Purcell, Bach, and Handel, all who wrote Italian style violin sonatas. Corelli’s Op. 1 sonatas are written in the style of the sonata da chiesa (church sonata), four-movement works in the typical slow-fast-slow-fast format.

After a brief intermission, Carol Redman will perform J.S. Bach’sSolo pour la flûte traversière. The Solo pour la flûte traversière (“Solo for side-blown flute,” as opposed to recorder) was written around 1718 for Pierre-Gabriel Buffardin (1690-1768), the French flûtiste extraordinaire who was employed at the royal court in Dresden. This piece is similar in form to Bach’s solo cello suites with all the movements modeled after popular Baroque dances.

The grand finale of the concert is Handel’sGloria in excelsis Deo, and the ensemble will again be joined by Mueller.

Handel’s splendid solo cantata, Gloria in excelsis Deo, was discovered in 2001 in the library archives of London’s Royal Academy of Music. German musicologist Hans Joachim Marx was examining a folio of handwritten Handel arias from the 1730s when he discovered this previously unknown work.

Scholars believe the work comes from the years Handel spent in Rome in the early 18th century when he was commissioned by numerous Roman Catholic cardinals to write sacred vocal music.

That Handel, as a German Lutheran, found himself writing Catholic music underscores the growing internationalism of the time and Handel’s own artistic flexibility. In 1712 Handel moved to London and we know this folio entered the library of his friend, the English singer William Savage.

Savage passed the folio to his son, Reverend George Savage, who then left it to a pupil, Richard John Samuel Stevens. Stevens then bequeathed it to the Royal Academy of Music where it remained closeted away until its discovery.