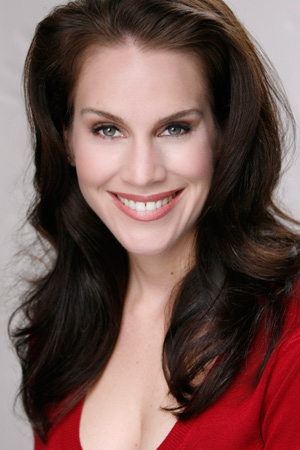 Vocalists Kathryn Mueller and Deborah Domanski will join the Ensemble for the final piece on the program, Pergolesi’s transcendent Stabat Mater.

There will be three performances:

Concerto in G Major
Scored for flute and two violins, with cello and keyboard

Pergolesi was an Italian violinist, organist and composer. In 1734 he was appointed deputy music director for the city of Naples. In 1735 his already fragile health began to fail, and his employer, the Duke Maddaloni Carafa, granted him leave to convalesce at the Confraternità dei Cavalieri di San Luigi di Palazzo. Pergolesi died there March 16, 1736 at the age of 26, succumbing to the tuberculosis that had plagued him throughout his life. His musical career encompassed just six years.

Pergolesi achieved some artistic recognition during his lifetime, but it was after his death that his fame quickly spread throughout Europe, due to the popularity of his comic opera La serva padrona (1733). As Pergolesi’s reputation grew, the demand for his music increased, and works by other composers were sometimes printed under his name. Publishers rushed to convert his fame to their profit, circumventing the inconvenient fact that there was relatively little music by him. Indeed, the list of misattributed works (330) far exceeds the list of authenticated works (36).

The Concerto in G Major is one of those works misattributed to Pergolesi but considered a gem in every flutist’s library. It is a charming concerto with energetic and inventive fast movements surrounding a remarkably lovely multi-themed slow movement.

Henry Purcell is widely regarded as the greatest English composer between the English Renaissance (late 15th to early 17th centuries) and the 20th century. He was the principal composer for Charles II, James II, and William and Mary, and held various other court positions including organist of Westminster Abbey, Gentleman of the Chapel Royal, and curator of the King’s musical instruments. He wrote music in all the genres of his day, including secular and sacred, vocal and instrumental, and music for the theater and the royal courts.

Purcell’s Pavan and Chacony was written in 1678 around the time he wrote two other sets of string music including Twelve Sonatas of III Parts and Ten Sonatas in Four Parts. Pavan (pavane) is a slow dance that was popular in 16th century Europe. In Thoinot Arbeau’s French dance manual (1589), it is described as a dance for many couples in procession, with the dancers at certain times performing ornamented steps. This style of step is still used today. We call them “hesitation steps,” a form of stately walking, most frequently used in weddings. The Chacony (chaconne) is a musical form that originated in 17th century Spain. The determining feature includes a repeating bass line melody that provides support for the upper lines, which are varied freely and extensively.

Pergolesi’s sacred music includes some 20 works, including masses and various liturgical pieces. His most celebrated sacred work is his Stabat Mater. This work was commissioned by the Confraternità dei Cavalieri di San Luigi di Palazzo, a group of pious and charitable gentlemen that presented an annual Good Friday meditation in honor of the Virgin Mary. It was during his stay with the Confraternità when Pergolesi composed his musical setting of the Stabat Mater, which was to be his last work.

The Stabat Mater is a sequence of Latin verses, originally written by Jacobus de Benedictus (1230-1306) commemorating the sorrows of the Virgin Mary.

Pergolesi’s operatic skills are evident in his musical setting of Stabat Mater and include highly dramatic text settings, frequent surprises, and a multitude of emotions.

Described as a singer “who thoroughly captures the imagination” by the Albuquerque Journal, soprano Kathryn Mueller has also been praised by San Francisco Classical Voice for her “lovely tone and easy agility.”

Mueller recorded two GRAMMY-nominated albums with Seraphic Fire, and is featured as a soloist on recordings by New Trinity Baroque, the Santa Fe Desert Chorale, Tucson Chamber Artists, and Seraphic Fire, including Seraphic Fire’s best-selling Monteverdi Vespers of 1610, which reached the top of the iTunes classical chart.

D.S. Crafts, reviewer for The Albuquerque Journal wrote, “Deborah Domanski as Radamisto’s wife Zenobia exudes sensuality both in voice and stage presence. Her clear, focused and radiant mezzo-soprano illuminates both her enthusiastic acceptance of death “Son contenta di morire” and her tender plea “Quando mai” (When cruel destiny). She and David Daniels are later reunited in a sparkling duet.”

Domanski’s solo concert engagements include Los Angeles Philharmonic debut under Maestro Esa-Pekka Salonen as the Alto Soloist in Mozart’s Requiem, The Laredo Symphony as alto soloist in Beethoven’s 9th, the Greenwich Choral Society’s performance of Rossini’s Petit Messe Solenelle, and with The Juilliard Choral Union in Vivaldi’s Gloria in Alice Tully Hall. As a Young Artist in the Juilliard Opera Center she was a participant in the prestigious 2002 Juilliard Vocal Arts Honors Recital in Alice Tully Hall.

As the 2002 competition winner at the Music Academy of the West, Miss Domanski became the Marilyn Horne Foundation Awardee and was presented in recital, and on national radio and in World Wide Web broadcast in October 2002. January 2005, Domanski made her Weill Concert Hall debut as part of the Horne Foundation’s The Song Continues… recital series at Carnegie Hall.