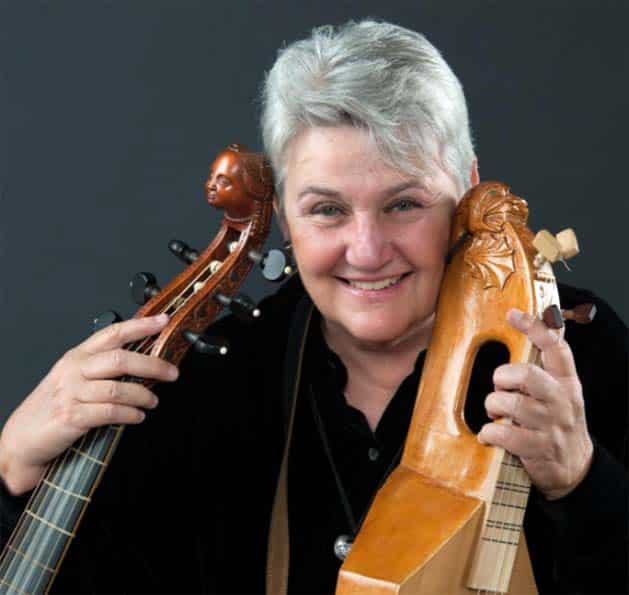 Mary Springfels will play examples of early music on instruments familiar to Gottfried von Strassburg such as the harp, vielle, and medieval bagpipe during a presentation April 20 on Zoom. Courtesy/SFOG

The webinar will be recorded on the Zoom Webinar Format for viewing later.

Tickets: Complementary for SFOG members; $10 per device for non-members

Richard Wagner may have made Tristan and Isolde a household name for modern audiences, but the story has a long history, dating back to Celtic times.

Mary Springfels, a specialist in early music and one of the leading players of the viola da gamba, will present “The Medieval Origins of Tristan and Isolde” as part of the Santa Fe Opera Guild’s series, “Laughter and Love, Lying and Loss: 2022 Season Preview.”

Springfels will talk about the literary source used by Richard Wagner, a novel in verse by Gottfried von Strassburg, in a lecture that is illustrated with beautiful images from the Codex Manesse, a document compiled around 1340. She also will play examples of early music on instruments that were familiar to von Strassburg such as the harp, vielle, and medieval bagpipe.

Springfels describes herself as a “veteran of the early music movement in America.”  In addition to being co-director of the performing group Severall Friends, she maintains an active practice teaching the viola da gamba and plays with New York Pro Musica, the Folger Consort, Ars Lyrica of Houston, and the Texas Early Music Project of Austin.