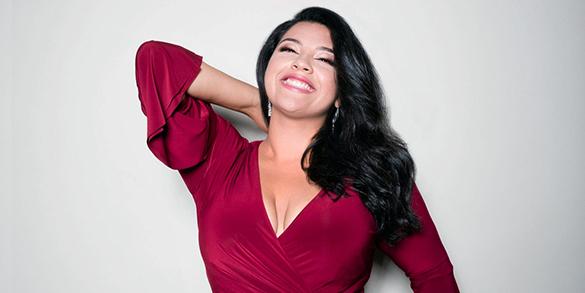 Nicaraguan-American soprano Gabriella Reyes will assume the role of Musetta, replacing Kirsten MacKinnon, who has withdrawn from the production for personal reasons.

Reyes is a 2017 Metropolitan Opera National Council Auditions grand finalist and recently made her Metropolitan Opera debut as the High Priestess in Aida, followed by performances as First Lady in The Magic Flute and Nella in Gianni Schicchi.

After Reyes’s Santa Fe Opera debut, she will be heard as Liù in Turandot at the Metropolitan Opera and at the Bayerische Staatsoper in Marko Nikodijević and Marina Abramovic’s 7 Deaths of Maria Callas.

The cast of La bohème also features tenor Mario Chang, a native of Guatemala City in the role of Rodolfo, and the Colombian-American soprano Vanessa Vasquez, in her company debut as Mimì. Chang made his Santa Fe Opera debut in 2017 as Edgardo in Lucia di Lammermoor. He is a former member of the Lindemann Young Artist Development Program at the Metropolitan Opera and holds an Advanced Diploma in Opera Studies from the Juilliard School.

Vasquez is a winner of the 2017 Metropolitan Opera National Council Auditions and completed a four-year residency at the Academy of Vocal Arts in Philadelphia. Additional cast members include baritone Zachary Nelson as Marcello and baritone Will Liverman in his company debut as Schaunard.

Both are former Santa Fe Opera apprentice singers. Bass Soloman Howard, last seen on the Santa Fe Opera stage in 2018 as the Bonze in Madame Butterfly, returns in the role of Colline. Bass-baritone Dale Travis sings the roles of Benoit and Alcindoro.

“As a woman, I’m thrilled to direct this, because I want the women to be complete characters, not symbols, who have a whole journey towards and away from social conventions,” Birnbaum said.