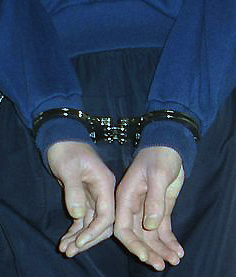 Both men made their initial appearances on a criminal complaint in Albuquerque federal court this morning, and are temporarily detained pending detention hearings.

The criminal complaint charges Anaya and Mendez with conspiracy to violate the federal narcotics laws and distribution of methamphetamine.

According to the criminal complaint, on Oct. 17, Mendez sold approximately two ounces of methamphetamine for $3,800 to an agent who was acting in an undercover capacity.

The complaint alleges that Mendez obtained the methamphetamine from Anaya. At the time of his arrest, Mendez allegedly had $200 of the “buy money” in his possession.

The remaining $3,600 allegedly was recovered from Anaya’s residence when the agents executed a federal search warrant at that location.

On conviction, each of the two charges in the criminal complaint carries a maximum penalty of not less than five years nor more than 40 years of imprisonment and a $5 million fine.

The case was investigated by the Santa Fe Office of the FBI and the HIDTA Region III Narcotics Task Force and is being prosecuted by Assistant U.S. Attorney Raul Torrez.

Charges in criminal complaints are only accusations. All criminal defendants are presumed innocent unless proven guilty beyond a reasonable doubt.