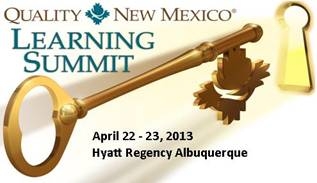 Santa Fe Council on International Relations (CIR) is hosting a Champagne Brunch and viewing of the film “Welcome,” 11:30 a.m. to 2:30 p.m. Tuesday, July 22 at the CIR’s new location at 413 Grant Avenue, Suite D in Santa Fe.

The multi award-winning new film from writer/director Philippe Lioret, WELCOME is a compassionate and inspiring drama about the hope of new beginnings and the power of true love, centered on two couples contending with issues of separation and dislocation.

Bilal, 17, has spent the last three months travelling illegally across Europe, in an attempt to reunite with his girlfriend Mina who has moved with her family to England. The long journey is almost over when he finally reaches Calais, on the far northern coast of France; he can literally see his destination from across the Channel. But with all legal options exhausted, Bilal resolves that his only option is to learn to swim, and make the dangerous crossing himself.

Bilal seeks the help of middle-aged swimming instructor Simon (Vincent Lindon), who is privately reeling from impending divorce from his socially-conscious wife Marion. In an effort to win her back, Simon impulsively – and uncharacteristically – risks everything by taking Bilal under his wing.

A huge critical and box office success in its native France, this profoundly moving masterwork was awarded the Ecumenical Jury Prize at the Berlin International Film Festival, named Best Film at the 2010 Lumiere Awards, and received an astonishing 10 Cesar nominations including Best Film and Director.

Clafoutis is the next best thing to being in Paris! The owner/chef, Philippe Ligier, is a classically trained baker who creates luscious pastries, breads, crepes, sandwiches, soups and quiches that are simply wonderful. This little slice of the French countryside in Santa Fe is your best source for classic French bistro fare.

Cost for the champagne brunch and film is $20. Due to limited seating, advance reservations are required. Please reserve by Thursday, July 17 at www.sfcir.org or telephone the office at 505.982.4931.

The Santa Fe Council on International Relations is a non-partisan, 501c(3) non-profit educational resource dedicated to the stimulation of dialogue about current foreign affairs issues that affect the United States. One of more then 100 nationwide affiliates of the National Council for International Visitors (nciv.org), and a member of the World Affairs Councils of America (worldaffairscouncils.org) the organization facilitates cultural and educational exchanges between U.S. and foreign peers, sponsors lectures by recognized experts, arranges world affairs discussions and organizes educational trips abroad. For more information, visit www.santafecouncil.org.