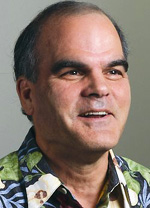 The topic is The Democratic Paradox in Mexico: Increasing Governability and Declining Trust in Democratic Institutions.

Professor Camp’s presentation will examine the failures and accomplishments of Enrique Peña Nieto during his first two and a half years in office.  He believes the most significant political achievement of PRI to date is the Pacto por Mexico and would argue that it has the potential for being the most influential political outcome since the 2000 election.

Camp will explain what it suggests about Nieto’s team and his approach, why this is such a demarcation from past democratic politics, and why it represents a striking change in orientation focused on the political process. He will analyze these changes in the larger context of Mexican democracy. Why is this so significant?

Many political analysts believe Mexico achieved an electoral democracy in 2000, reinforced again in the 2012 election by PRI’s victory; but Mexico has not achieved a consolidated democracy, that is, a functioning democracy. For example, it lacks a culture of law, transparency, and accountability. Camp will describe some of the most important obstacles and explain their consequences for achieving a consolidated democracy in Mexico.

Professor Camp is presently the Philip McKenna Professor of the Pacific Rim at Claremont Mckenna College. He serves as a founding member of the Advisory Board, Mexico Institute, Woodrow Wilson Center for International Scholars, Smithsonian Institution and is an elected member of the Council on Foreign Relations, New York City.

He is the recipient of an Honorary Doctorate in Humane Letters from St. Olaf College for his scholarship and teaching on Mexico.

The cost for this talk is $20 for non-members, $15 for CIR members and no charge for qualified students with appropriate ID.

For more information on registering for the lecture, go to the Council’s website at www.sfcir.org or telephone the office at 505.982.4931.

The Santa Fe Council on International Relations is a non-partisan, 501c(3) non-profit educational resource dedicated to the stimulation of dialogue about current foreign affairs issues that affect the United States.  One of more then 100 nationwide affiliates of the National Council for International Visitors (nciv.org), and a member of the World Affairs Councils of America (worldaffairscouncils.org) the organization facilitates cultural and educational exchanges between U.S. and foreign peers, sponsors lectures by recognized experts, arranges world affairs discussions, and organizes educational trips abroad.  For more information, please visit www.santafecouncil.org.