Last night, Russ Gordon held a fundraiser concert at the Hilltop House to raise funds for the summer concert series. DK & the Affordables performance was followed by Eddy & the Nomads. The Los Alamos Concert Series is presented by the County of Los Alamos and coordinated / managed by Russ Gordon. 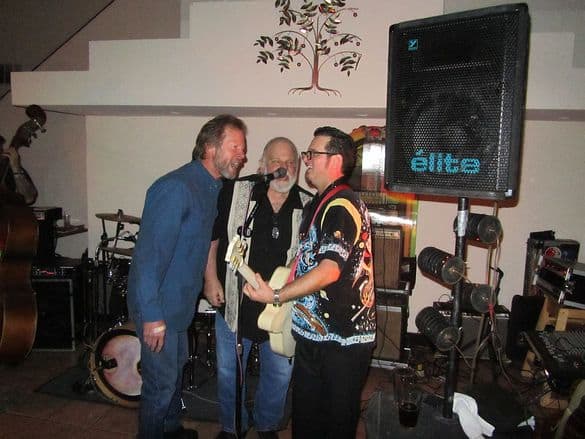 Russ Gordon delighted the crowd when he joined DK & the Affordables during the fundraiser concert. Photo by Greg Kendall/ladailypost.com

This series of Friday evening concerts-in-the-park spans the summer from late May into early September and is held at various locations around the county. Each year thousands of residents and visitors take advantage of our beautiful park venues, pull up a lawn chair, and enjoy an eclectic variety of talent from rock to blues, jazz, country, Latin, Americana, African & World rhythms and more, including Russian Rokenroll. Don't miss it! 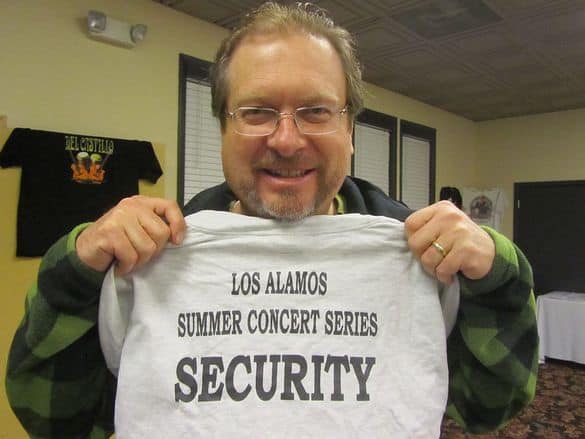 Greg Kendall displays one of Russ Gordon's concert shirts on display at the silent auction. Photo by Karen Kendall. 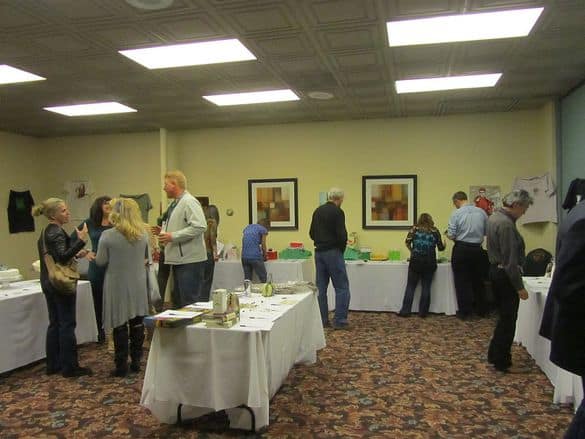 The evening included music, hor d'ourves and both live and silent auctions. Photo by Karen Kendall.

The official concert site is found at: http://www.gordonssummerconcerts.com/. This is the 23rd year for this extremely popular concert series.

All concerts begin at 7 pm unless otherwise noted:

June 1: TBA – Laurie Lewis & Tom Rozum – one of the best bluegrass & folk acts in the world