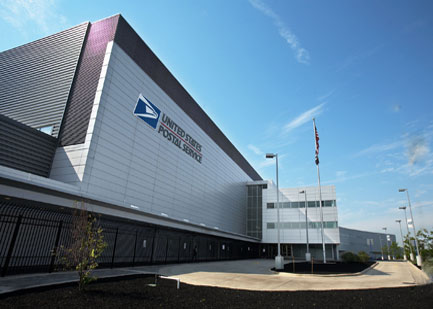 A friend of mine from South Dakota noted that the U.S. Postal Service delivered a lump of coal to many small towns last Christmas when it proceeded to eliminate overnight mail in most of the nation in 2015. That was a good description. USPS will slow delivery officially by one day for First-Class and Periodicals mail. Many members of Congress have asked it to hold off. But USPS is plowing ahead.

It is time for lawmakers to consider how rural and small town mail is suffering. The USPS plans to close more than 80 mail processing plants in 2015. Smaller plants will be consolidated into urban plants. It has already closed nearly 150 plants in the past three years and says service was not affected. That is hard to believe, at least in small towns.

Longer road trips for most mail, traffic delays in urban areas to get sorted mail back to the local post offices, post office closings and shorter business hours have made claims of good service hard to trust. There is also the upheaval while workers lose their jobs or have to be retrained. Now, according to the nation’s mail agency, cost-cutting means admitting service will be even slower, even in urban areas, by at least a day.

What the public announcements do not say is that when America’s mail sneezes, rural mail gets pneumonia. Cutting a service day is a big sneeze even in the metro areas. But rural and small town mail had already contracted the illness. Many subscribers who receive newspapers by mail have been disappointed by late deliveries. The scattered reports we may hear of delayed credit card payments and business invoices would be much louder if consumers felt there was any point in complaining.

The USPS inspector general last October chastised the agency for not fully analyzing the impact from its proposed plant closings and the Postal Service said it would do so—but only after its slower service standards go into effect. In other words, it will consider whether it can reach its goals after it has lowered them.

Even before the change, it has been hard to find out how well rural mail is delivered.

The Postal Service provides a public report to its regulator, the Postal Regulatory Commission, on how well it performs against its service standards. See Periodic Reports at www.prc.gov. USPS gathers information on speed of delivery from several sources, including its own digital scanning. The greatest volume of mail is in urban areas, so national statistics may look ok. But the law doesn’t require USPS to report on how the rural mail is doing. That is something Congress should consider.

For a list of cities where changes in mail processing are scheduled in 2015 go to https://ribbs.usps.gov/index.cfm. Then open “2015 Network Consolidations.”