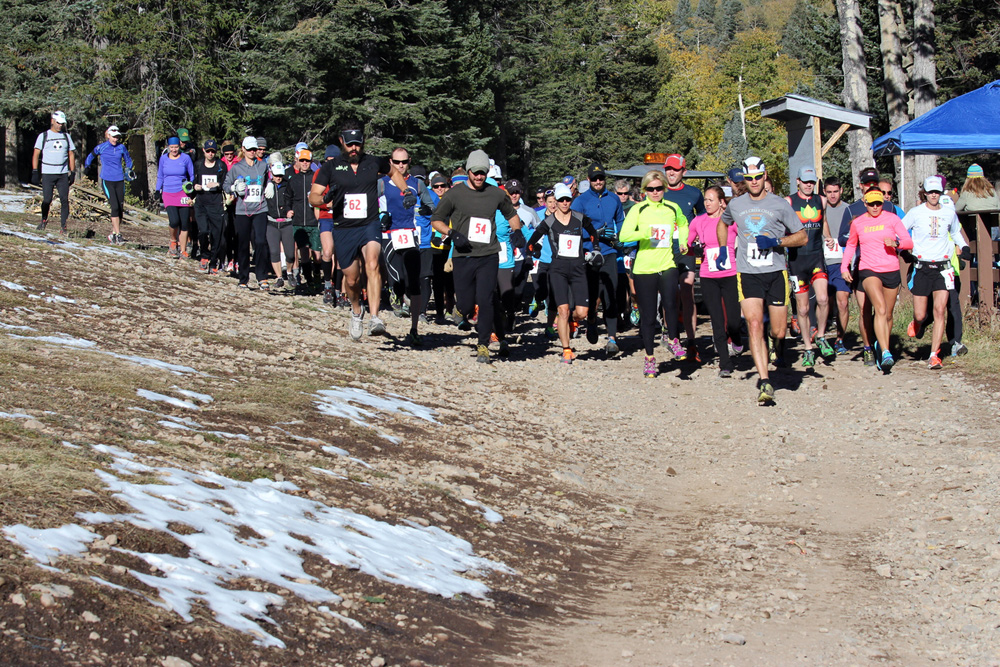 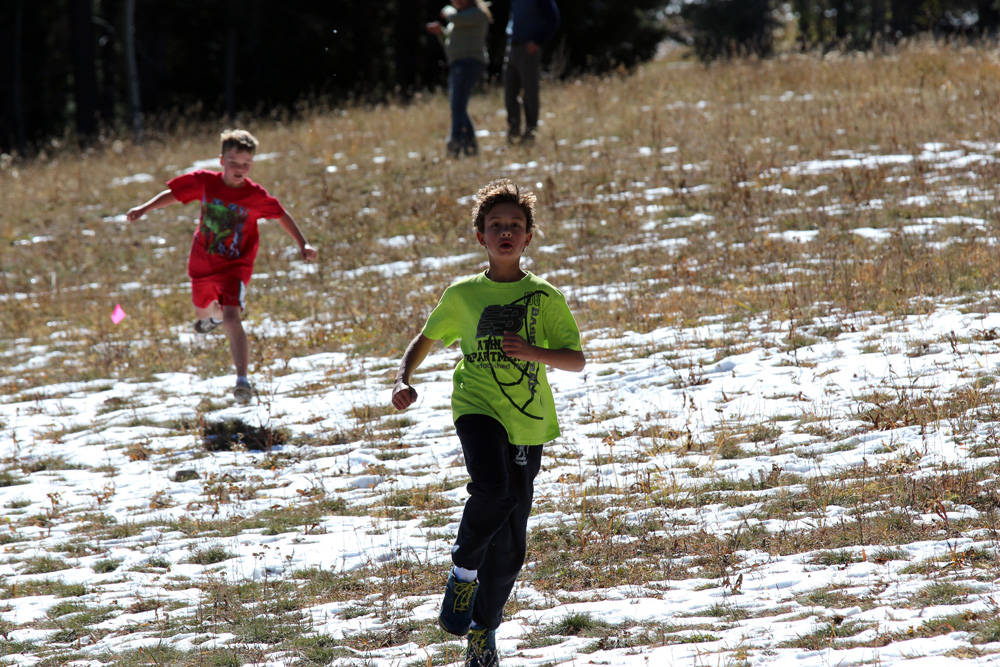 Racers were subject to the early winter weather earlier in the week, slipping and sliding through four inches of snow on the downhill and mud all along the course. There were many falls in the snow, but no serious injuries. EMT Gina Ortiz treated one person for a bee sting.

All runners circumnavigated the ski hill, climbing their way to the top of Pajarito Mountain for views of the Valles Caldera and the Los Alamos town site. Three aid stations provided a vast array of goodies coordinated by aid station director Dave Dogruel. 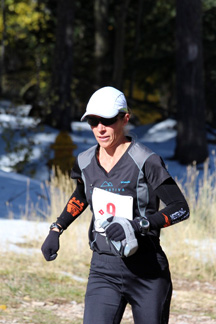 The shorter 10k distance was somewhat more popular, with 58 finishers, while the 15 Miler had 31 finishers. The Trail Fest also included a 100 yard dash and the Big Kid’s Race. Gabe Katko, 10, of Los Alamos won the Big Kid’s Race, which runs directly up the beginner slope to the top of the beginner lift and back through the woods to the lodge. The kids run up a slope that is actually steeper than the adult race.

To volunteer or sponsor the race next year, contact race director Zack Baker at zackbaker@gmail.com