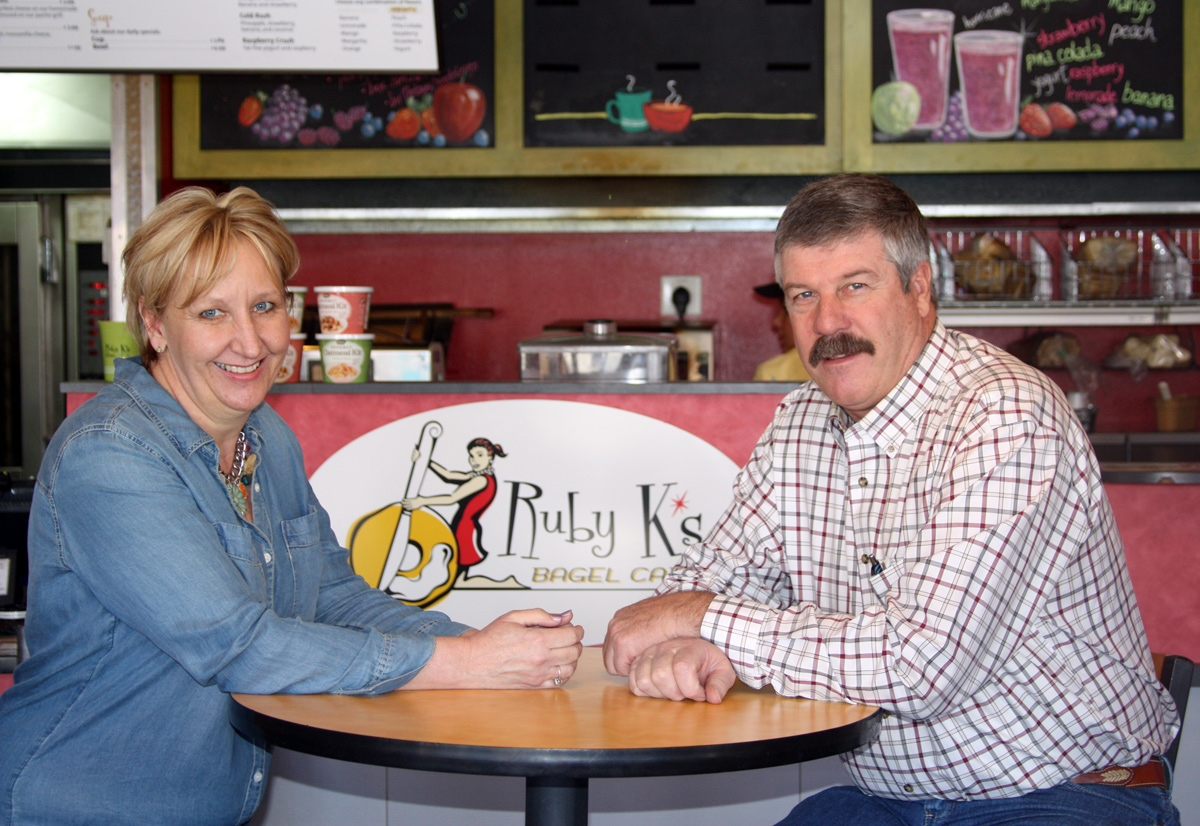 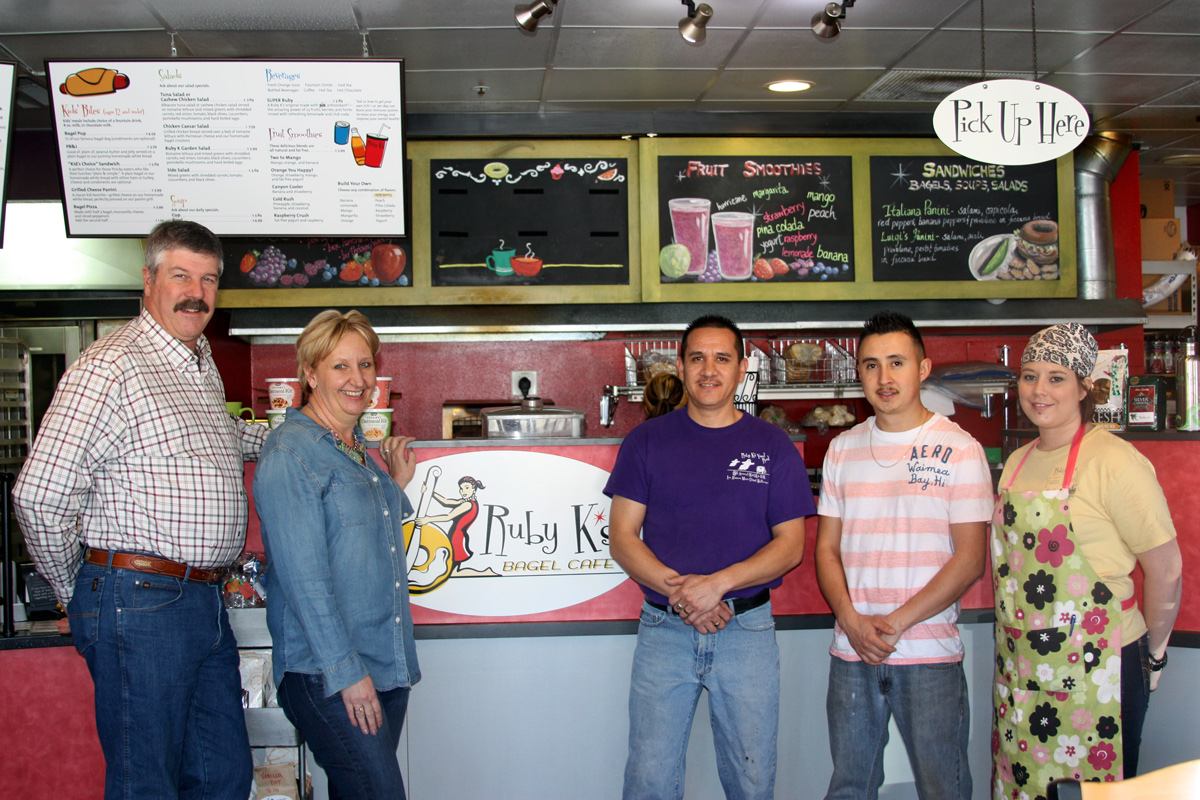 Ruby and Mike Alexander were having dinner with Kelly and Brad Parker and complaining about how there was nowhere to go in Los Alamos. Kelly is the “K” in Ruby K’s. Ruby and Mike bought out the Parker’s after five years.

“We decided to do something about it and we spurred each other on,” Ruby said. “We wanted to accomplish something for a community we love.”

The Alexanders have lived in Los Alamos for 29 years. Ruby is a New Mexico native. She grew up in Raton. The foursome saw an unfilled niche.

“Bagels are loved by all and there was nowhere to get them in Los Alamos,” Ruby said.

The couples began researching how to best build the kind of business they had in mind.

“We learned quickly that if you don’t know something, find someone who does,” Mike said. “Thank God for the Internet!”

The couples got to work making the spot they leased on Central Avenue into the café they dreamed of. Everyone worked on the construction.

“Our kids helped take down the drywall with a sledge hammer,” Ruby remembered.

The Alexander kids, Colin, Dillon and Mackinzie, have learned self-reliance and a strong work ethic from being part of the café, Mike and Ruby said. Ruby manages the business, but the whole family has been involved, especially Mike, who works at Los Alamos National Laboratory.

“It really helps to have a can-do husband,” Ruby said. “And the personal connections are what has made Ruby K’s such a success. It makes me feel really good to sit in my office and hear people laughing and talking in the café.”

The staff calls all the regulars by name and Ruby K’s has become a home away from home for many folks in Los Alamos. Ruby and Mike are proud of the mentoring role they play for their young employees, many of whom are working at their first job.

“The employees are the heart and soul of the business,” Ruby said.

The café employs around 30 people, most of them part time.

The bagels and cupcakes served at Ruby K’s are made from scratch on site. The homemade goodness of the food has played a major role in the café’s success. The great coffee is another standout.

Ruby K’s will be open in the evenings once again starting in March when the days get longer and more people are out and about in the evenings. Plans for the future include doing more catering and doing box lunches for sports teams and other groups, Mike said.