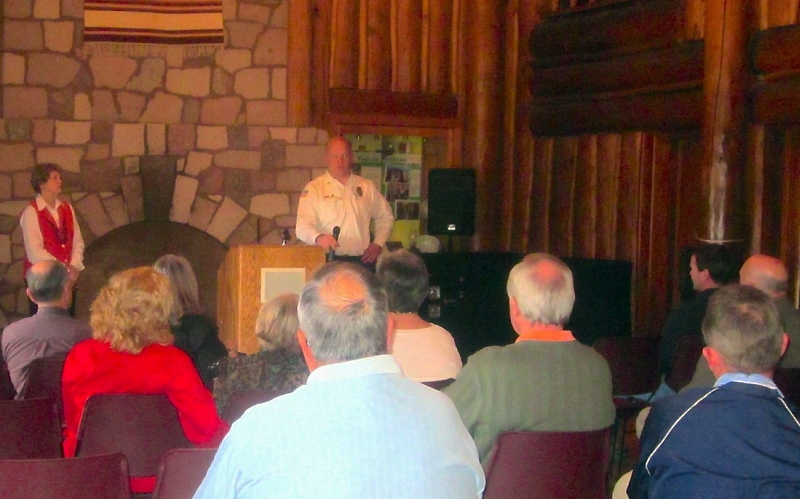 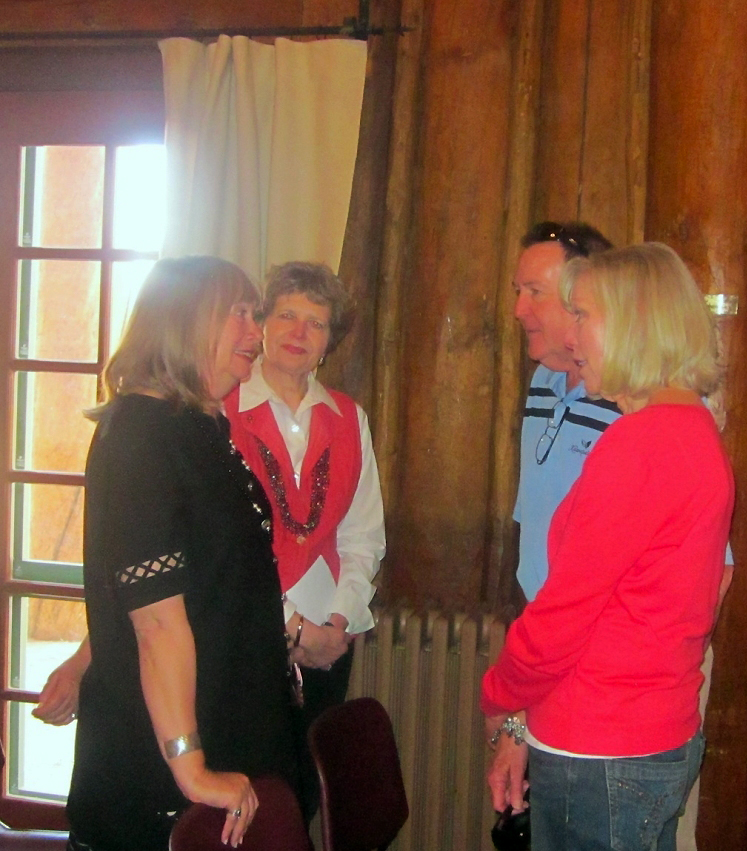 The Rotary Club of Los Alamos dedicated an AED (automatic external defibrillator) for Fuller Lodge during a ceremony Wednesday, March 27 at the Lodge.

“It was an important project to me,” said Linda Hull, president of the Rotary Club of Los Alamos.

“I was inspired to pursue this project by my good friend, Karen Nilsson Brandt,” Hull said. “Although I’ve known Karen for almost all of the 20 years I’ve lived here, it wasn’t until only a few years ago that I learned her father had died of a massive heart attack at her wedding reception at the Lodge. That has troubled me ever since. Knowing our Club could provide a new standard in life-saving equipment for the Lodge, we raised enough money through our annual Crab Fest to make the $2,700 purchase.”

This summer marks the 30th anniversary of Clifford Nilsson’s passing. He was a draftsman at Los Alamos National Laboratory; his wife, Mary Jeanne “MJ” Nilsson, a popular school teacher. Together they were founding members of the United Church.

Karen Nilsson Brandt and her husband Dennis Brandt attended the dedication along with other members of the extended Nilsson family. Many Rotary Club members were in attendance as well as Los Alamos County staff who had helped Hull with the selection and purchasing process.

Los Alamos Fire Chief Troy Hughes, a Rotarian, had fully supported Hull’s efforts, describing her as “a bulldog” as she worked through bureaucracy and governmental red-tape, noting that she had begun researching this project almost a year ago.

Eric Edmonds, County Risk Manager, thanked Hull and the Rotary Club, and in an e-mail to Hull praising the Club’s endeavors, wrote, “According to the American Heart Association, in places where AED programs provide immediate CPR and deliver the first shock within 3 minutes after collapse, reported survival rates are as high as 74 percent.

This compares to about 5 percent survival when no AED program is established to provide prompt CPR and defibrillation.

As far as the reliability of the AED unit goes, specifically, the selected AED model [Phillips Heartsmart] is exceptionally rugged (e.g. designed to withstand jetting water, loads up to 500 lbs., and a one-meter drop onto concrete.)

These devices also have built-in daily, weekly and monthly self-testing capabilities including pad presence and conductivity.

Finally, the selected unit purchased by Rotary is from a leading manufacturer and comes with a standard five year warranty, which may be extended up to seven years.

Also on hand to commend the Club’s choice was Carl Gilmore, an experienced emergency technician and an account manager for Bound Tree Medical from whom the AED was purchased.

Following final state approval, the AED will be mounted in Fuller Lodge in its accompanying cabinet. 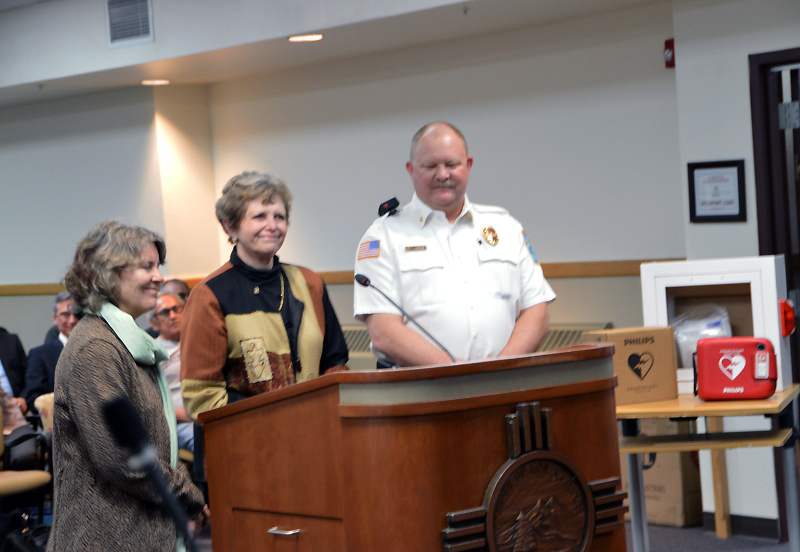 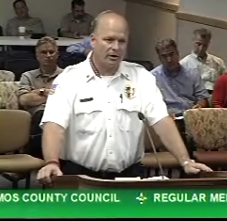 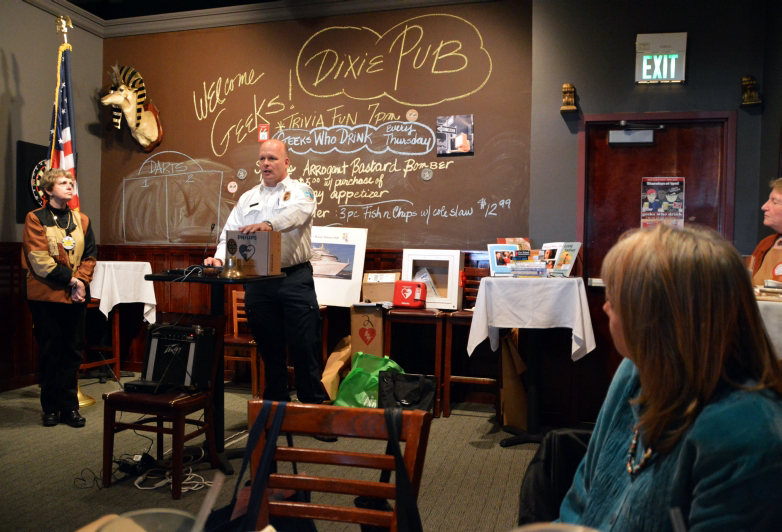