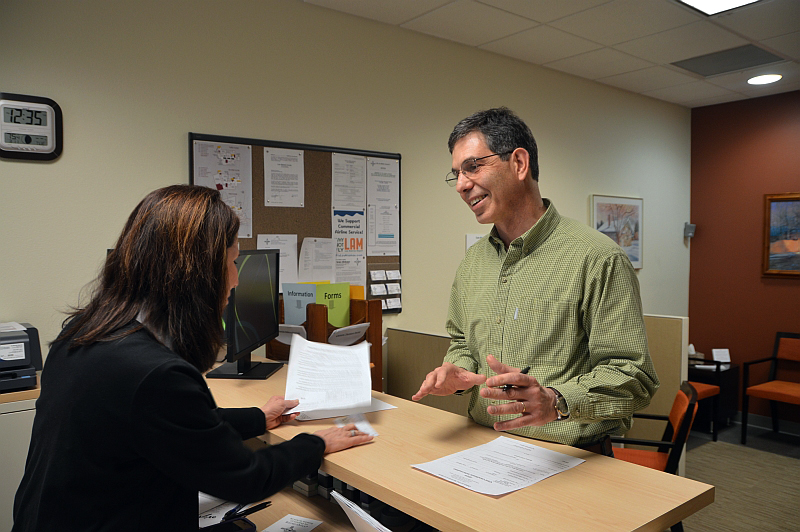 Director John Cullinon asks in the program notes if R&G is the funniest tragedy ever written, or perhaps the saddest comedy.That pretty much sums it up.

The 1966 play about two minor characters in Shakespeare’s “Hamlet” made Stoppard an overnight sensation. It won a Tony Award and a New York Drama Critics Circle prize for Best Play.

Rosencrantz and Guildenstern have only a few lines and no character development other than being childhood friends of Hamlet’s in the original. Stoppard’s genius is to make these two the star of their own show. In a sense, we’re each the star of our own show, so why not R&G? How would “Hamlet” look from their point of view? The answer is confusing, sad and very funny.

R & G are on stage for the entire (long!) play, which consists mostly of dialogue. The number of lines Don Monteith (Rosencrantz) and Trisha Werner (Guildenstern) had to memorize is pretty mind-boggling. The two principals do a great job! Werner, as the pseudo-intellectual Gildenstern, and Monteith, as the more down-to-earth Rosencrantz, portray the baffled pair nearly perfectly. They have us rooting for the doomed duo all through the play.

Also excellent is Jess Cullinan as the Player. She leads a motley group of actors who will do anything for a buck and have buckets of fun doing it. Especially good among the troupe is Stuart Rupprecht as the hapless young Alfred, forced to play all the petticoat roles.

The production is deftly directed by John Cullinan, who seems to have excellent understanding of the play and the players.
The  wonderful set design by Cullinan, executed by construction head Pete Sandford and his crew, is flexible, imaginative and even surprising!

Absurdist drama isn’t about answers, it’s about questions. You’ll leave the theatre with plenty of those, so be prepared to do some wrestling with the meaning of LIFE, DEATH and the hokey-pokey.

Los Alamos Little Theatre is presenting the play, ‘Rosencrantz and Guildenstern Are Dead,’ at 7:30 p.m. Fridays and Saturdays through May 13 and at 2 p.m. Sunday, May 7 at the Little Theater, 1670 Nectar St. Tickets are $12 for students and seniors and $14 for adults. They can be purchased online at lalt.org, at CB FOX or at the door.