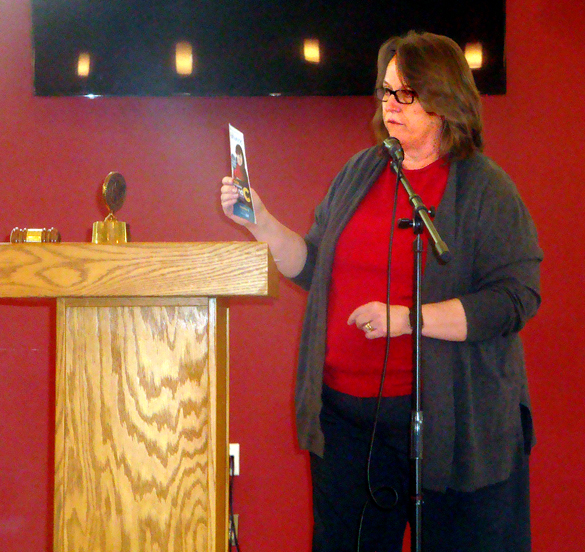 The University of New Mexico-Los Alamos is facing a financial dilemma, and UNM-LA Chief Executive Officer Dr. Cynthia Rooney is providing information to local voters about the January school election to increase the tax levy for the branch college from 1 mil to 2 mils.

In a recent presentation to Kiwanis, she pointed out that when UNM-LA was established in 1980, local voters established a 1 mil levy to support it. That tax rate hasn’t changed in the 36 years since. UNM-LA’s last effort to raise the mil levy failed. A list of 17 comparable New Mexico colleges (provided by the state for tax year 2016), shows UNM-LA in 16th place. Only Eastern New Mexico University-Roswell has a lower levy at 0.851. The No. 1 levy on the list, UNM-Gallup, is supported by a levy of 4.747. The school in 15th place, New Mexico State University-Alamogordo, has a levy of 1.194.

Meanwhile, the UNM-LA enrollment is increasing. The result is a steadily decreasing level of state funding per student credit hour (SCH). In 2007-2008, for example, the SCH stood at $277.03. In 2015-2016, it fell to $140.30. In 2007-2008, state funding for UNM-LA provided 54 percent of the school’s budget. In 2016-2017, the state is budgeted to provide 33 percent of UNM-LA funding, and additional cuts are expected for all higher education institutions in New Mexico. Meanwhile, in the same period, tuition and fees have gone up from 12 percent to 23 percent of the budget. And, Rooney noted, UNM-LA “does not receive any funding from UNM-Albuquerque.”

UNM-LA is providing a lot of service to a lot of people. During the 2015-2016 academic year, it had an academic enrollment of 1,794 students. Of those, 387 were “dual credit students,” who, under state law, may take classes at UNM-LA and get both high school and college credit—without paying tuition. Of those 387, a total of 299 were from Los Alamos High School. In addition, there were 183 students in UNM-LA’s “Summer Program for Youth”; 420 in “Community Education” classes; 245 in “Adult Basic Education” programs; and 276 in “Customized Training” classes. In addition, during the year, 173 community events were hosted on campus (including the Kiwanis meeting at which Rooney spoke).

An informational handout that Rooney made available to her audience said that if the voters approved the mil levy increase, the school would:

There are just two questions on the ballot, which will be mailed out Jan. 3 with a required return date of Jan. 24. One is the UNM-LA question, which is limited to “operational” costs (programs and staffing—NOT building improvements). The other would provide about $13 million for the Los Alamos Public Schools (LAPS) to continue rebuilding and renovating its aging school buildings—primarily Barranca Mesa Elementary School. A “yes” vote on the public schools question would continue, not increase, the existing taxes collected for LAPS capital costs (money that cannot be used to improve salaries).

In a talk to Kiwanis Dec. 6, Los Alamos Public Schools Superintendent Kurt Steinhaus urged a “yes” vote on both questions. Rooney did the same during her talk. “I’m hoping the citizens of Los Alamos who support education will go to the polls and vote yes—and vote yes,” Rooney said.

At the close of her talk on the upcoming election, Rooney showed her audience how useful a little funding can be in a university environment. She turned the program over to Joseph Candelaria, division chief of training at the Los Alamos Fire Department and a UNM-LA instructor. He and Steven Dawald, deputy chief of the LAFD and also a UNM-LA instructor, led the Kiwanis group to a laboratory area.

Candelaria recalled that just a few years ago, LAPS asked the community how it could address the need “for educating our fire leaders.” The department stressed that its people wanted higher education. What the department needed was a fire science program at UNM-LA that would transfer anywhere. At the time, LAPD had 13 battalion chiefs. The best educated among them were two who had associate degrees.

UNM-LA responded strongly, and now, just five years later, all of the battalion chiefs in the department have at least an associate degree; two have bachelor’s degrees; and two are working on master’s degrees. Students are coming from as far away as Taos, Albuquerque and Belen to take fire science classes here.

Candelaria showed Kiwanis several rooms in which students can work through simulations that build their competence and confidence. One room holds a simulated ambulance with a plastic “victim” inside. Another shows a “victim” stricken in his bed. A third is a mock-up bathroom.

Students learn how to approach, assess, prepare, move, and transport such victims—and electronic media record their work so that it can be discussed later to improve their skills and their understanding.

Both the LAPD staff and the public have benefited.