Roger This: Time To Give Deterrence A Rethink 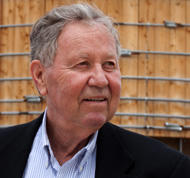 Deterrence theory describes how one country or party prevents another from using weapons of mass destruction by threatening to use the deterrent if attacked. We say “party” these days because factions of a country or organizations without a country might get their hands on nuclear weapons sooner or later. This is one of many key conditions that have changed over the years.

Deterrence theory was more predictable during the Cold War, when there were two comparable superpowers. In time the theory evolved into a kind of system of norms for managing nuclear tensions between the United States and the Soviet Union.

The deterrent has to do with things (weapons, hardware, and systems) and capabilities. Deterrence theory is a concept. The things and the concept are frequently mixed together, so that officials involved in the nuclear weapons business might saythey aren’t making the weapons that can blow up the world, but rather the weapons that can keep the world from getting blown up.

In a sense, both sides of this paradox are true. “Deterrence theory has been called one of the most influential products of the social sciences,” according to Christopher H. Achen and Duncan Snidal in a 1989 critique of one of their papers calls “Rational Deterrence Theory,”

Their frequently cited critique of the theory includes this qualifier: “This is true but misleading. In various ways it is also a case study in how not to design a theory, test it, or apply it.”

A central problem that is rapidly coming to a head is that the theory of nuclear deterrence, while still a critical factor for global security in general, is unraveling.

Although verification techniques have been greatly improved, there will probably always be blind spots in the world. What if one can’t identify the party responsible for a nuclear explosion?

One can’t tweak the algorithm for every combination. According to the crooked logic of deterrence, argues international security professor Patrick Morgan,players must be rational enough to calculate how much an irrational mistake will cost, but if they are actually rational enough, they should know better than to play at all.

For much of this century, political scientists have emphasized the careening challenges deterrence theory now faces, including many more nuclear powers, more nations with nuclear ambitions, more complicated systems of extended deterrence, like the American nuclear umbrella that includes Japan, South Korea and Australia in the Pacific and NATO allies in Europe; and hybrid military strategies along with new weapons technologies that introduce unknown new risks.

With a shift in emphasis away from deterrence, there is an even more dangerous renewed interest by the major powers in designing nuclear weapons that might actually be used, whether as smaller, tacticalmunitions or specialized, precision weapons for striking underground facilities.

This round of modernization aimed at providing some new features, mechanisms, may also open novel avenues for escalation and new twists and turns in the calculus of unpredictable behaviors around the planet.

It’s on about the same level as the video game, called Global Thermonuclear War which has the catch phrase, “Nobody wins. But maybe – just maybe – you can lose the least.”

“I’m sorry to report to you that the likelihood of a nuclear crisis today is greater than it was at any time since the Cuban Missile Crisis,” former Defense Secretary William Perry remarked at a nuclear disarmament conference in Santa Fe this month. Perry said he was driven by “a fundamental belief” that “nuclear weapons should never be used again.” He added, “My problem is I don’t know how to make that belief happen.”

In hindsight, it is apparent that the age of nuclear weapons began at Los Alamos as an advanced strategy for winning a war cheaper and with fewer casualties. The arms race accelerated rapidly after World War II when the Soviet Union became a rival power.

Slowly despite perilous moments and continuing risks of accidents and unintentional confrontation, the deterrence theory evolved into to a kind of a shaky security framework that is credited with reducing major power conflict but has been unable to chalk up more than a few grudging arms reductions and highly touted but inadequate steps toward disarmament.

The theory of deterrenceis still doing its voodoo to some extent. It weathered plenty of knocks and has been given a lot of credit, but it never achieved much more than a shared illusion, which a number of scholars have seriously compared to a kind of taboo. Unfortunately, that level of charm won’t hold a candle to the human-genome-crushing power of the atom.