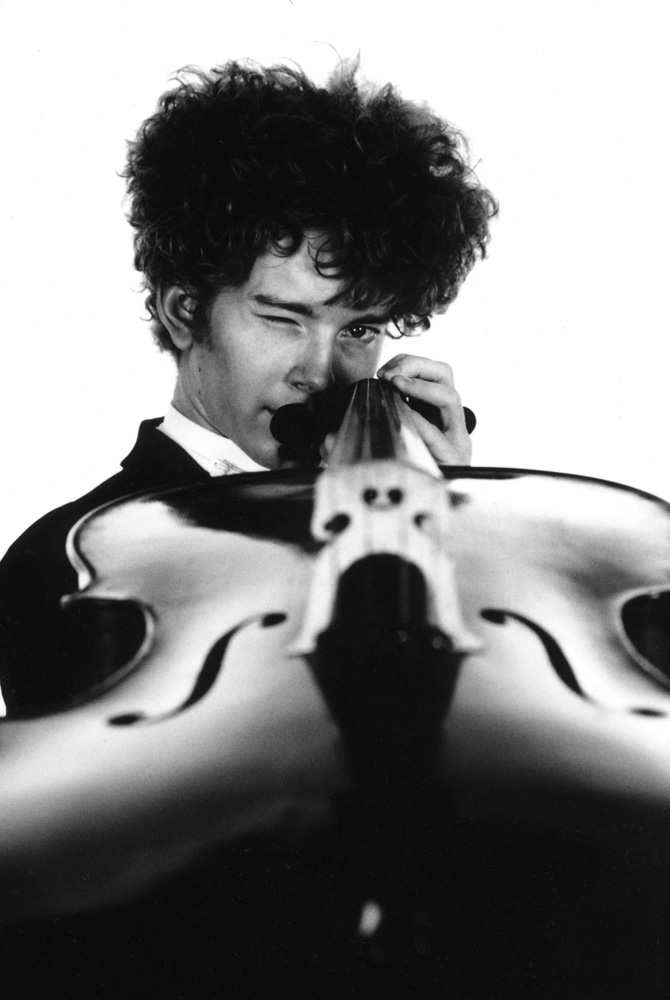 Described by Yo Yo Ma as a “fearless explorer of our world” and one of the “great exemplars of the ideal 20th century musician,” Roman has earned national renown as a cellist for performing a wide range of repertoire with an absolute commitment to communicating the essence of the music at its most organic level.

Driven to make music accessible to a wider audience, Roman is at home in any place from a club to a classroom, performing chamber music, jazz, rock, or even a solo sonata by Bach or Kodály. Beyond the performance stage, Roman is dedicated to exploring new platforms to harness new audiences, especially social media. He recently completed an ongoing video series called “The Popper Project.”

Wherever the cellist and his laptop found themselves, he performed and recorded an étude from David Popper’s “High School of Cello Playing” to be collected and uploaded to his dedicated YouTube channel (http://www.youtube.com/joshuaromancello). For his ongoing creative initiatives on behalf of classical music, he was selected as a 2011 TED Fellow, joining a select group of Next Generation innovators who have shown unusual accomplishments and the potential to positively affect the world.

A complete musician who is dedicated to performance, artistic leadership and creation of new works through collaboration, Roman’s work as Artistic Director of TownMusic in Seattle has showcased his eclectic musical influences and inspirations, from chamber music favorites to a host of newly commissioned works.

Under Roman’s guidance, the series has given world premieres of compositions by some of today’s brightest young composers, such as Mason Bates, Derek Bermel, Gabriela Lena Frank, and Dan Visconti, among others, and it has featured cutting edge ensembles like Alarm Will Sound, Brooklyn Rider and the JACK Quartet.

Roman will be accompanied by Grammy-nominated pianist Andrius Zlabys, who has received international acclaim for his appearances with many of the world’s leading orchestras, including the New York Philharmonic, Boston Symphony Orchestra, Cleveland Orchestra, Rotterdam Symphony, and Philharmonic Orchestra of Buenos Aires.

Born in Lithuania and trained at the Curtis Institute of Music, Andrius Zlabys was 18 years old when the Chicago Tribune wrote, “Pianist-composer Andrius Zlabys is one of the most gifted young keyboard artists to emerge in years.” Zlabys also was heralded by the New York Sun in a review titled “A Shining Hope of Pianists” after his recital at the Metropolitan Museum of Art in New York.

The Los Alamos concert will feature four selections: Stravinsky’s Suite Italienne, one of his most enjoyable works and his only work cello and piano; Prokofiev’s Sonata in C Major, Op. 119, music that seems conservative but which still pushes new expressive buttons in quiet ways that the Pravda officials would surely never have been astute enough to hear; Schumann’s Fünf Stücke im Volkston(Five Pieces in the Popular Style), all melodically appealing and exuding a tranquility throughout; and Beethoven’s Sonata No. 4 in C Major, Op 102 No. 1, revealing Beethoven’s continuing quest to create a fluid, “total sonata” that was more than a sum of its movements.

Tickets to the performance are $30 in advance and $35 at the door. Youth (5-18) are admitted free, but a youth ticket is required. Youth tickets can be requested at the box office on the day of the performance, or picked up ahead of time at any of the ticket outlets listed here. Tickets are available at CB Fox, Smith’s in White Rock and Los Alamos, the Lensic Box Office in Santa Fe and through the Los Alamos Concert Association website (www.losalamosconcert.org), as well as at the door.