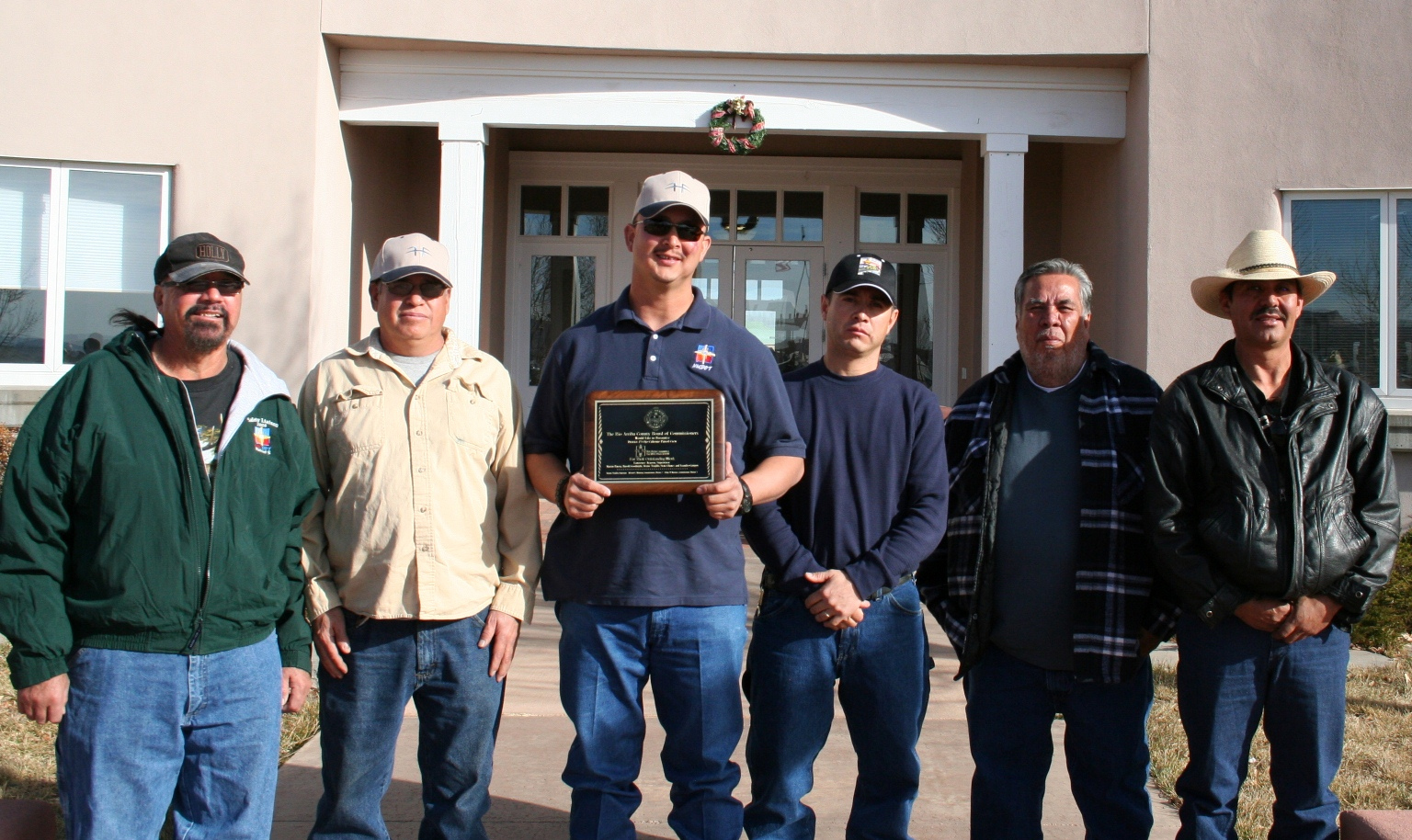 The New Mexico Department of Transportation’s Ojo Caliente highway maintenance patrol was honored Dec. 6 with a special recognition plaque presented by the Rio Arriba County Board of Commissioners at a board meeting in Espanola. The patrol was honored for its good work and service to the local communities.

“Often we fail to recognize those who work to maintain the roads,” Commissioner Martinez said, adding that he lives in the Ojo Caliente area and has seen the patrol in action.

“We are honored to be recognized by the Rio Arriba County Commission,” patrol foreman Aragon said. “This lets my employees know that their hard work and dedication are not unnoticed.” 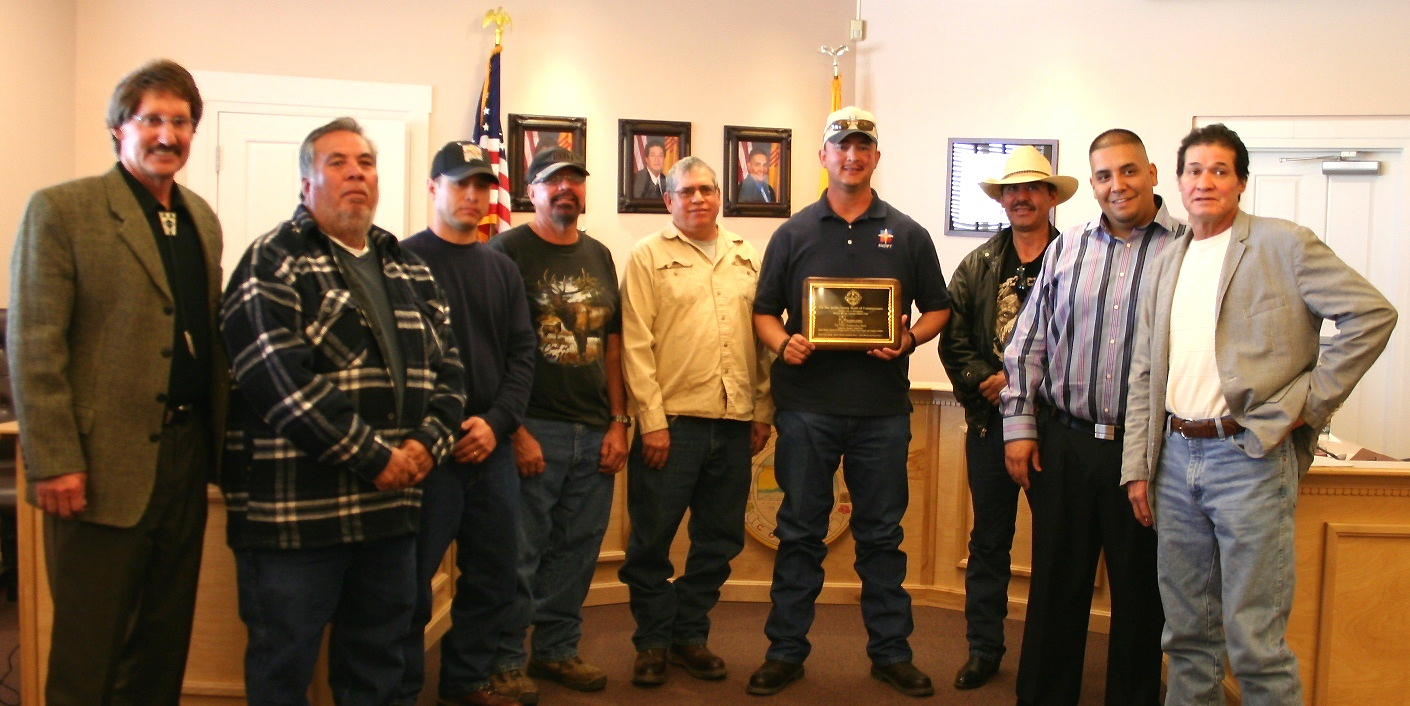