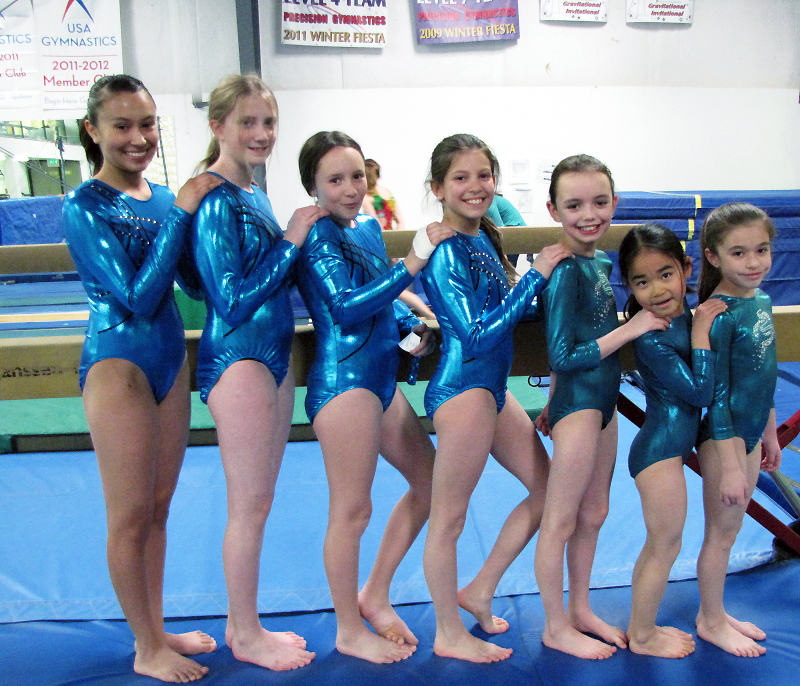 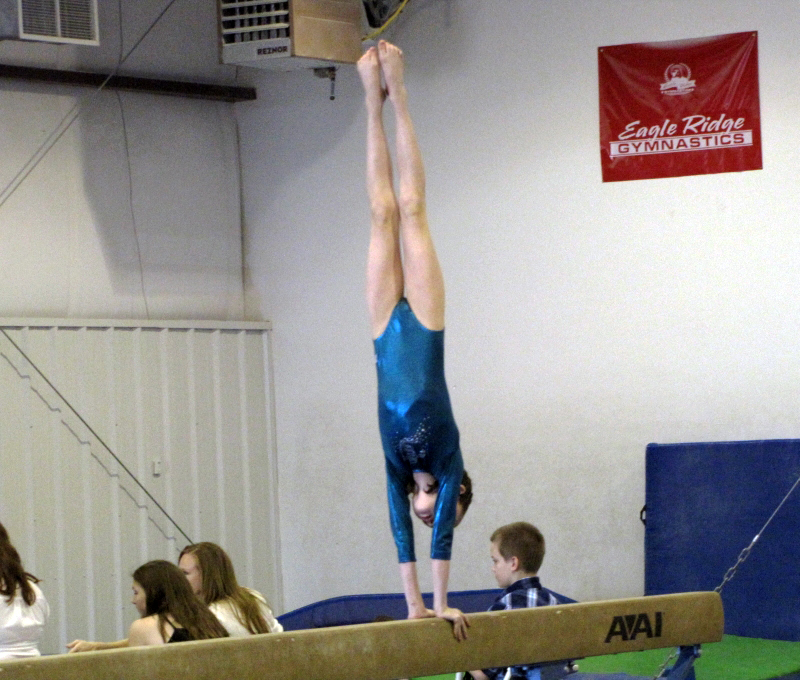 Addison Richie was the Level 4 New Mexico State bronze medalist in the all-around competition at the Level 4 State Gymnastics Championship Feb. 23 in Albuquerque.

Richie competed in the Level 4 Child C Division, earning her highest all-around score of the season, 36.4. Richie also earned the silver medal for her floor exercise (9.225), and bronze medals on beam (9.05) and bars (8.95.) Richie placed fourth on vault with a 9.2.

The Atomic Tumblers Level 4 team consisted of seven gymnasts, earning a total of eight medals, three silver and five bronze. All gymnasts scored 34.0 or higher in the all-around competition.

Jazmine Tuning, Junior A Division, was the silver medalist on vault (9.4) and bars (9.25) and placed fourth all-around with a 35.7, earning her highest all-around score of the season. Tuning placed fifth on floor (8.3) and sixth on beam (8.75.) 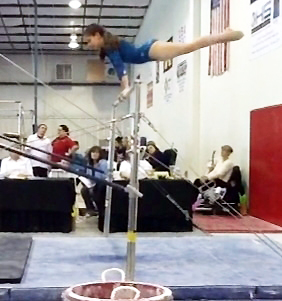 Zoe Mathis was the bronze medalist on bars with an 8.925 in the Senior A Division. Mathis placed fourth on beam (8.9), fifth on vault (9.05), and eighth on floor (7.4.) Mathis placed seventh all-around (34.275), earning her highest all-around score of the season, in this highly competitive division.

NOTE: The Los Alamos School of Gymnastics (LASG) is a non-profit, member-owned and parent-operated organization. LASG classes are taught in the school’s 12,000-square-foot facility at 555 North Mesa Road by certified staff with a 6:1 student:teacher ratio.