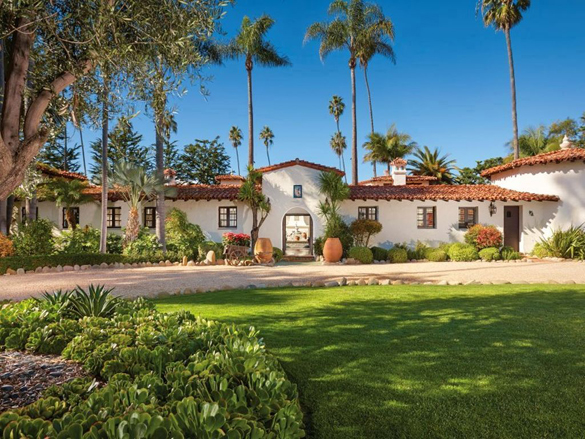 Richard Nixon’s Western White House is for sale and priced at $63.5 million. Courtesy photo
NATIONAL News:
Richard Nixon and his family were Californians who moved back and forth from Washington, D. C., depending on whether or not he was holding a political office such as senator, Vice President to Dwight D. Eisenhower or as the 37th President of the United States.
Nixon grew up dirt poor, but as he said, wasn’t aware of their poverty at the time, assuming everyone lived that way. During his political career, especially in his 1952 Checkers speech, which he gave to dispel allegations that he received gifts or used campaign money illegally, he emphasized his family’s modest lifestyle; that wife Pat owned no furs but instead wore a Republican cloth coat. However, he admitted to being given one gift, which he would never return to the sender: a cocker spaniel puppy that his six-year-old had named Checkers and was by then a member of the family. The speech tugged at America’s heartstrings and the allegations were dropped.
After becoming President, Nixon did buy a rather expensive waterfront house on Key Biscayne in Miami, Fla., which was to become his southern White House and was often mentioned in the press during his involvement supporting the Cuban refugee community.
Other homes he owned after returning to public life were a Manhattan townhouse and their last home was a house in New Jersey. But the most important property the Nixons owned in their lifetime was La Casa Pacifica in San Clemente, Calif.
Referred to as Nixon’s Western White House, it was designed by Carl Lindbom and built in 1926 by financier Hamilton Cotton, who spared no expense in creating the stunning residence on one of the best locations on the California coastline known as Cotton’s Point. Cotton entertained often and lavishly, but his most important guest was Franklin Delano Roosevelt, who used the estate often as a retreat during his presidency in the 1930s.
After Nixon purchased it in 1968, he and his family owned it for 12 years and also entertained heads of state and Hollywood stars. During his presidency he used it as his summer residence. After the Watergate scandal and his resignation, Nixon returned to La Casa Pacifica permanently until it was sold in 1980.
Sited on a knoll of prime beachfront well-known for being a surfer’s mecca, the estate is on 5.45 acres and is comprised of the main house of 9,000 square feet with four bedrooms and seven baths, a one-bedroom, one-bath pool pavilion, a two-bedroom, one-bath guest house and two guest apartments with an additional three bedrooms and three baths between them.
There are also three staff apartments with one bath each and an additional two large bathrooms for guests. The lushly landscaped grounds slope gently down to 450 feet of white sand beach. Grounds also include formal and cutting gardens, vegetable gardens, exotic succulent gardens, a greenhouse, a catering facility with separate entrance, a lighted tennis court, pool and pool terrace, a gazebo on the bluff and great expanses of lawn. There is also a private well for landscape water. Listing agents are Suzanne Perkins and Bill Fandel of Sotheby’s International Realty.
Menu
LOS ALAMOS