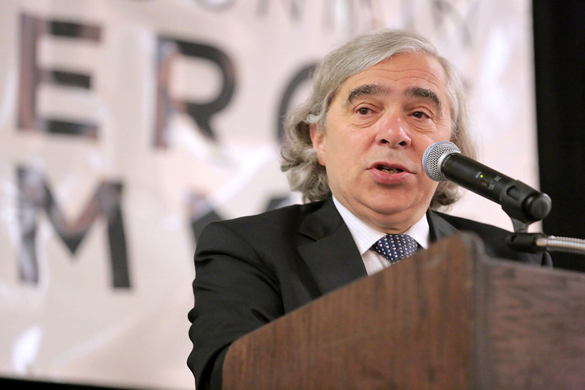 As the change of presidential administrations approaches, the Department of Energy has summed up the current status of its disparate operations 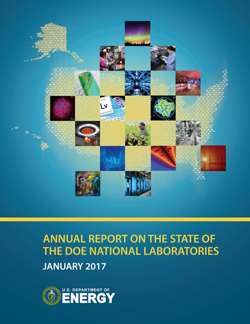 and research arms, also known as the DOE National Laboratories. The annual state of the laboratories report (ASLR) was released Tuesday during a press conference with Energy Secretary Ernest Moniz.

The report reviews the effectiveness of the 17 labs located around the country, although its target audience is mostly located on Capitol Hill, and the audience can be extended to affiliated populations in and around the laboratories. The unstated purpose is clearly to assuage stakeholder concerns and maintain, if not increase, funding for the department and its laboratories.

Moniz said the department had taken several pointers from the Commission to Review the Effectiveness of the National Energy Laboratories (known as CRENEL or the Cornell Report). Published in October 2015, CRENEL’s three-volume set was the most recent of several blue ribbon studies that have tried to diagnose the causes of chronic dysfunctionality in some of the laboratories.

“A review of many past reports shows a strikingly consistent pattern of criticism and a Similar set of recommendations for improvement,” according to the CRENL report. “Despite the extensive examination of the issues, none of these reports has led to the comprehensive change necessary to address thewell-documented, persistent challenges confronting the Department and its laboratories”

One of the recommendations from the CRENEL report suggested “that DOE should provide greater transparency into laboratory indirect costs and should publish an annual report of overhead rates for each laboratory.”

So, said Moniz, “We decided tostart with a comprehensive report that would go into detail” he said, adding that it could be a baseline for improvements that could be captured in future updates.Notably, the ASLR does report direct and indirect costs for a five year period from FY2011 to FY2015, but they are for the science and energy labs as a whole, with a number of exclusions and exceptions and special definitions. But there was apparently no comparison of overhead rates among individual laboratories.

DOE’s selective management of its own metrics may be a deficiency that could some day merit a report of its own.

As a part of an effort to “recognize value” in the complex, Moniz emphasized a number of outstanding achievements coming out of the national labs. During the Obama years, six Nobel Prizes were awarded to research affiliated with DOE, including four in chemistry and two in physics. He touted the “trillion dollar scale” of U.S. consumer savings, by way of DOE laboratory breakthroughs, including the new plug-in hybrid Chevy Volt battery system based in part on chemistry research at Argonne National Laboratory in Illinois.

In a list of construction projects at DOE laboratories, Los Alamos had the most projects (6), and with the highest total project value, a little over $1.3 billion between now and 2022.

Moniz was asked two questions with an immediate bearing on the laboratory. One had to do with plans for plutonium production, which Moniz folded into the question of modernizing “the entire weapons complex,” which has endured “decades without investments – Los Alamos is among those. He referred to the “modular approach” for making the nuclear triggers known as pits, which has become Plan B for what was formerly a Big Box approach for a new nuclear pit production facility that outgrew the funds available last time.

Greg Mello, executive director of the Los Alamos Study Group thattook the lab to court over procedural inadequacies of what was called the Chemistry and Metallurgy Research Replacement facility sees the new effort as equally flawed. “The modular concept has not been budgeted transparently, taking into account all the different phases and options,” he said. Also, because of continuing budget concerns in the legislative committees, “They’ve had to go back and look at alternative approaches, which may be included in the next budget.” Adding everything together comes out very similar to the original project, which was abandoned because it was too expensive, he said.

Munoz was also asked how his efforts to improve the relationship between DOE and the laboratories might impact the nature of the new contract at LANL when it is put out for bid in the next year or so.

While unable to speak for the next administration, Moniz said that DOE currently places “a much stronger emphasis on a fixed fee as opposed to a performance fee.” The question goes to a conflict between for-profit and non-profit management. The revised policy tends to reduce that dichotomy. “The idea isto capturemuch more of the public service model of laboratory operations.”

A few years back, former Associate Deputy Energy Secretary Bruce Held explained the rationale behind such a change, when he recommended modest fixed fees with smaller performance incentives for the contractor.