Los Alamos first responders rescue local hiker Dwight Klotz Thursday, May 23 by hoisting him on the back of one of the responders up from the floor of the lower waterfall about six miles from White Rock. Courtesy/Dwight Klotz
By DWIGHT KLOTZ
Los Alamos

I was recently the subject of a rescue from a canyon not too far from the Bandelier National Park area, specifically on State Road 4 about six miles south of White Rock.

I have searched for a way to let the rescue teams, police, 911, helicopter and private plane that passed over on that night know that I very much appreciated their professional and timely response to my needs.

Having been on a day hike, I repelled two dry waterfalls into a canyon area and had intended to walk out. As the day progressed, I found myself tiring from the heat and terrain. I had half a gallon of juice/water that I planned to drink and be out of the canyon by 3 p.m., however, as I closed in on nearing the Rio Grande River, I saw that I could not exit the area safely.

I continued to search the mountainsides for a way to reach the top, but unfortunately, they all had cliffs to deal with that I was unprepared to scale. After climbing from the riverbed floor up the side of the mountain only to find the cliffs, I started getting cramps in my left arm and legs. I rested for a while and texted (as that was my only source of communication, no direct calls were possible) my wife of my predicament.

I was able to crawl back to the canyon floor, probably 1,000 feet down or more to the riverbed again. By this time, it was dusk, and my phone was losing power. I texted my wife to call 911 to have them locate me. About an hour later, nearing sunset, a helicopter circled above me and I used my flashlight to signal it. He responded by circling two or three times, then nearing a landing to see my condition.

I assumed he thought I was not in danger and could not safely land there and he flew away.

It was now dark, and my phone had died – very concerning. I thought I might have to spend the night in the canyon before being rescued, so I built a small fire to stay warm. Fortunately, there was a dead tree nearby and I was able to build an inventory of small pieces of wood to last me into the night. I drank the last of my juice/water about a half hour earlier and became extremely thirsty as I had become very dehydrated. I had energy bars, but with no water and a constant thirst, it was like trying to eat dry flour.

As the night dragged on, a private plane was flying south of my location, so I took out an emergency flasher that I brought just in case something happened. I continued to aim the flasher toward the plane not knowing if he/she had seen it as they continued on their way.

Now alone again, I returned to my fire to stay warm. This was somewhere around 10:30 p.m. It was actually an incredible evening sky with more stars than I had imagined would be there. Once again, I curled up near the small fire, not wanting a fire to break out.

After another hour or so, I thought I heard voices, so I turned on my flashlight and saw two lights coming in my direction. Samuel and Daniel with the Los Alamos Search and Rescue Team arrived to help me … much to my gratitude. They consulted with me as to my condition and being dehydrated, exhausted and covered with cactus needles and thorns.

They reassured me that they would get me out of the canyon that night. We hiked back to one of two dry waterfalls that I had repelled down but could not climb back up. Upon reaching the lower waterfall, the rescue team above us threw down quite a few bottles of water, of which I drank two or three quickly.

It was at this point that I met more of my rescuers. One by the name of Ray who was going to transport me to the top of the fall on his back. As they all prepared to ascend the waterfall, the team above started pulling out rescuers from where I was located to the above position to help pull Ray and me up. They were extremely organized and efficient, not to mention also very helpful and concerned for my wellbeing.

After ascending the lower waterfall, we hiked to the base of the upper waterfall and did the process all over again. How Ray was able to carry 215 lbs. (me) on his back, is purely a testament to their conditioning.

Ray explained  the process and made me feel confident that we would be fine. After consuming another few bottles of water, we (Ray with me on his back) ascended the upper waterfall. By this time, it was about 1 a.m. The paramedics were waiting for me and gave me a thorough exam. The police found my car located on State Road 4 earlier in the afternoon, so they knew they had the correct location. My wife had given 911 an approximate location of my hiking intentions.

After being given the okay by the paramedic team, I slowly followed them back to White Rock. I thanked as many of my rescuers as was possible, but I know that there were many that I wasn’t able to reach and wanted to thank them also. I’m hoping that in giving the Los Alamos Daily Post this information, all of my rescuers will receive the amazing credit that they deserve. Without their help, I’m not very confident that it would have turned out so well.

I want to sincerely thank the entire team that came to my rescue on the night of May 23, 2019 off State Road 4 near the waterfalls of Doe Springs, as I know there were many more people involved than the one’s I met – Samuel, Daniel and Ray especially.

Samuel and Daniel were the first to reach me and guide me back to the falls to be extracted. They were truly a beacon of light in the middle of the night – thanks Samuel and Daniel.

I hadn’t realized how exhausted and dehydrated I had become. At the lower waterfall, I met Ray, who talked me through the extraction process and gave me the confidence that all would be fine. He was right, although I still can’t believe he made it to the top so effortlessly with a 215 lb. package (me) on his back and then did it again at the upper falls. Thank you so much, Ray.

It still seems a little clouded, but knowing so many were involved like the team that pulled us up from the lower falls and the team operating the wenches on the upper falls to the paramedics, 911 and police, I wish I was able to thank you all personally from the bottom of my heart. I just want to let everyone know that I’ll never forget your help, concerns and professionalism.

All my gratitude and thanks. 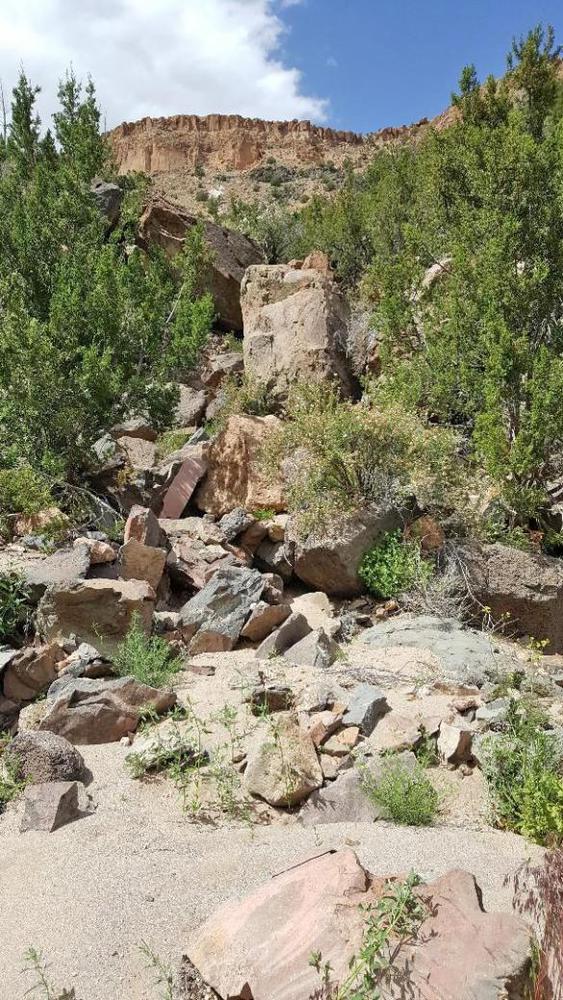