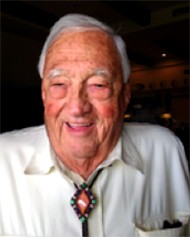 Yates was appointed by five United States Presidents, starting with President Reagan, to serve on the National Petroleum Council Advisory Committee. In 1996 he received the “Chief Roughneck of the Year” award from the Independent Petroleum Association of America, an award which John was most proud to receive due to this honor being bestowed annually to only one person in the United States.

He was the recipient of a number of other accolades for his successes in the oil and gas industry and received an honorary doctorate from New Mexico State University.

Yates also served with distinction on the Republican National Committee.

“John was a giant of a man. I knew him personally, and he was a true friend. He was also a true friend to the Republican Party. He always supported our candidates and backed the Party in many ways. He believed in the GOP mission and its values and ideals. He was great inspiration to conservative causes. The Party and I offer our condolences to the Yates family at this difficult time.”

“John, as well as the Yates family as a whole, have been and will continue to be much admired for their contributions to our state and nation. I wish them all God’s peace and comfort during this time of loss and sorrow.”