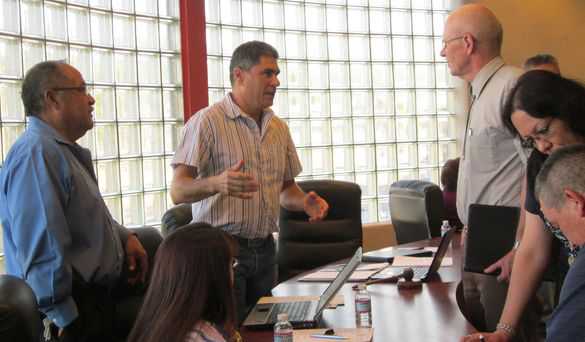 Rep. Jim Hall attended the Gallina School Board meeting Tuesday and visited with a number of the board members as well as members of the audience.

“Having been on the Los Alamos Public Schools Board, it was interesting to draw parallels and distinctions between our respective board meetings,” Hall said.

He described typical similarities such as approval of minutes and the 2012-2013 budget, calendars for the upcoming year, and discussion of vacancies. 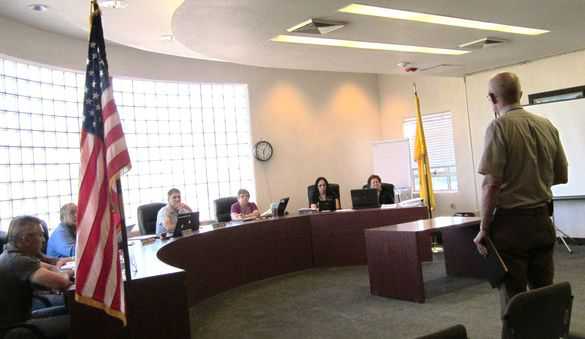 Some items were quite different, he said. For example, many of their requests for proposals only get one response — not many vendors willing to come all the way to Gallina, Hall said.

“The bus system discussion illuminated many of the problems of providing transportation in remote areas and lack of funds including old buses, long runs for a single student, and difficulty finding a trained transportation auditor (required by the New Mexico Department of Education.)

A local resident, Gene McCracken, discussed a potential Youth Conservation Core grant that he was working on to provide summer employement for their young people. 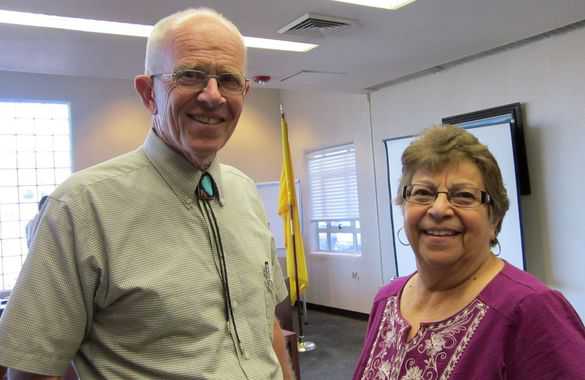 “I was impressed by everyone’s commitment to kids and education,” Hall said. “Superintendent Dr. Manuel Medrano’s reports were crisp and to the point. The atmosphere was positive, people worked with each other, and the administrators, although few by Los Alamos standards, were engaged and competent.“

He came away with three interesting notes from conversations following the meeting:

“We’ll have to talk to Game and Fish about moving the rogue bears many more miles into the forest before releasing them.” Hall said.