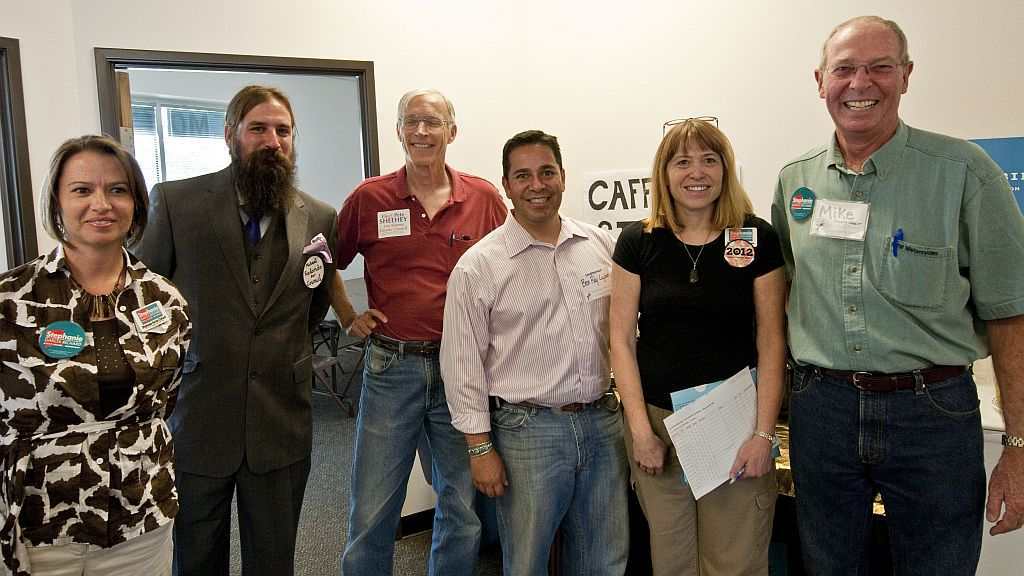 Luján commented on how much fun he had riding on a scooter powered by a hydrogen fuel cell at the festival. He also reflected on the kids he saw during the day participating in science demonstrations.

“Who knows what young mind is going to be encouraged to solve world poverty, problems we are seeing with climate change and the huge impacts of the drought,” Luján said. “All the kids playing with robotics and understanding the programming and the commercial benefits from those research projects are in jeopardy. The Paul Ryan budget dismantles these areas of research and development because there wouldn’t be support to get projects like these funded.”

He also encouraged campaign volunteers to empower themselves with the truth when going door to door.

“Talk about the honesty behind the reality of attacks on Medicare. There is a difference between voucher-care and Medicare,” he said. “Talk about the energy plan. We want to see more power being generated from sun, wind and battery technology. Learn the facts. Republicans, sadly, mainly the Tea Party are attacking the President on what they say is him getting in the way of fossil fuel production in the United States.”

Luján commended the “phenomenal local candidates,” specifically mentioning New Mexico House Dist. 43 Democratic candidate Stephanie Richard. “We need another common sense voice to talk about education. What better voice than an educator to be able to transform how New Mexico educates our kids. That is why I am supporting Stephanie … why we are working so hard and going out there door to door.”