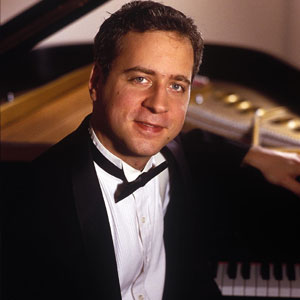 New Mexico native Jeremy Denk will be the featured artist as the Los Alamos Concert Association continues its 2012-2013 season Jan. 12.

Pianist Jeremy Denk has steadily built a reputation as an unusual and compelling artist, with a broad and thought-provoking repertoire.

He has appeared as soloist with many major orchestras, including the Los Angeles Philharmonic, the Philadelphia Orchestra, and the symphony orchestras of Boston, Chicago, San Francisco, and London.

He regularly gives recitals in New York, Washington, Boston, Philadelphia, and around the United States.

Denk is known for his witty and personal music writing, which has appeared in the New Yorker, the front page of the New York Times Book Review, Newsweek, and on the website of NPR Music.

The New York Times writes “Mr. Denk, clearly, is a pianist you want to hear no matter what he performs, in whatever combination – both for his penetrating intellectual engagement with the music and for the generosity of his playing.”

In 2012, Denk made his debut as a Nonesuch recording artist with a pairing of masterpieces old and new: Ligeti’s highly complex Études and Beethoven’s final Piano Sonata.

This album was featured on Fresh Air with Terry Gross, while BBC Music’s review concluded: “All in all, it’s a marvel.”

Besides his enduring devotion to the Baroque master’s work, Denk has a long-standing attachment to the music of American visionary Charles Ives, and his recording of Ives’s two Piano Sonatas was selected for many “best of the year” lists.

Last season, he was invited by Michael Tilson Thomas to appear as a soloist in the San Francisco Symphony’s “American Mavericks” festival, and he recorded Henry Cowell’s Piano Concerto with the orchestra.

Denk has cultivated relationships with many living composers, and has several commissioning projects currently in progress.