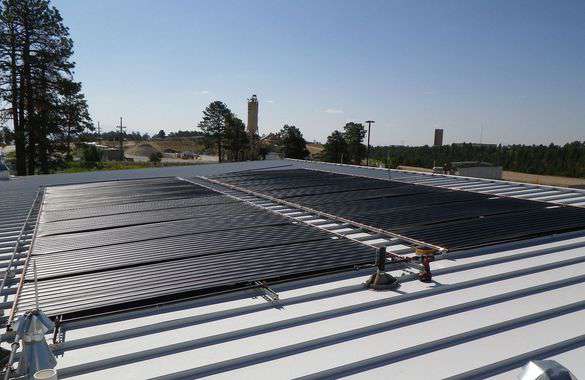 In an effort to meet the County’s goals for commitment to sustainability and hydrocarbon independence initiatives, the County accepted grants of $103,000 for both the Animal Shelter and Justice Center in June 2010.

The grants were funded through the American Recovery and Reinvestment Act (ARRA).

An additional $100,000 grant was received in 2006 from the New Mexico Energy, Minerals and Natural Resources Department for the Eco-Admin Station. 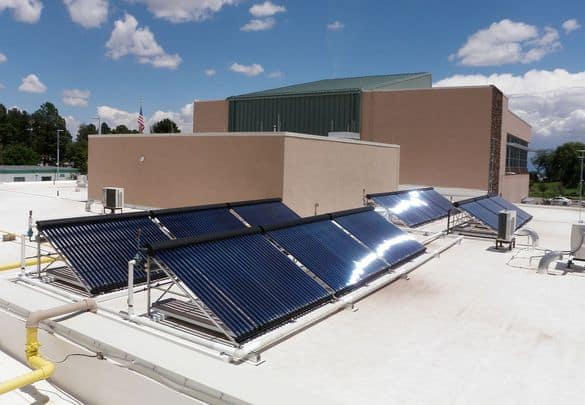 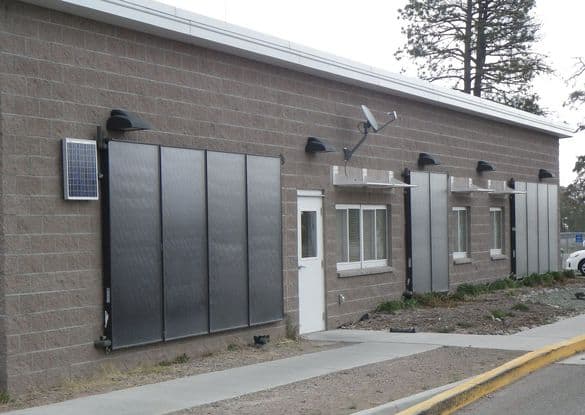 In 2012, upgrades and improvements were made to the Eco-Station Administration Building’s solar thermal heating and cooling system. Eighteen new metal Night Sky Radiant Cooling panels have been installed to replace the plastic panels which were destroyed by a severe hailstorm shortly after the system was put into service in 2009. Several attempts were made to salvage and repair the existing roof top equipment and controls. These efforts were ultimately unsuccessful due to the extreme damage.  These panels, along with a new computer controller, will enable the solar thermal system to not only provide heat and domestic hot water, but also to deliver cooled fluid into the radiant floor system, helping to alleviate cooling costs during the summer months. The new logic-based controller facilitates a higher degree of efficiency and flexibility while providing more data monitoring capabilities. The building was awarded LEED Silver Certification in 2009.

For additional information, call the Capital Projects & Facilities Department at 505-662-8112 or send an email to cpfd@lacnm.us. Thank you in advance for your cooperation.