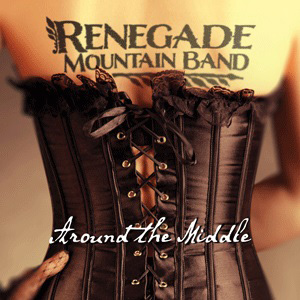 Half of the proceeds from the sale of the up and coming Renegade Mountain Band’s first album, Around the Middle, will be donated to The Family YMCA’s annual campaign through the month of November.

The Renegade Mountain Band, known at RMB, is also preforming from 8-10 p.m. Oct. 26 at a Boots, Band and BBQ benefit for the Y’s Española Teen Center at the Abiquiu Rural Events Center. Advanced ticket purchases by Oct. 18 are required.

The Y is selling table sponsorships at a $1,000 Rancher’s level and a $500 Posse level. Individuals who want to attend can purchase individual Lone Ranger seats for $75 each. Tickets must be purchased at The Family YMCA, 1450 Iris Street, in Los Alamos, or by calling the Y at 662-3100.

The benefit includes a spit-barbeque meal, tethered balloon rides, roping demonstration, silent and live auctions, and county-western dancing to the RMB’s original, outlaw and modern country music performance. RMB will have their album available for sale at the benefit.

The Española YMCA Teen Center has an annual budget of $180,000 and is partly funded by The City of Española, Rio Arriba County, Santa Fe County, the United Way of Northern New Mexico, Con Alma Health Foundation, Santa Fe Community Foundation, and several other foundations at approximately $130,000. This benefit is being held to help make up the operating difference.

The Española YMCA Teen Center opened in 2007 and is administered by The Family YMCA under an operating contract with the City of Española. In 2012, the Center served 714 youth.