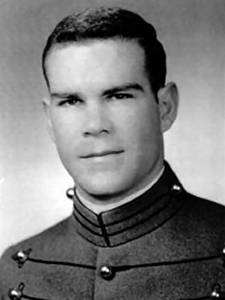 He was my science student from 1954 to 1957, an outstanding athlete (baseball, football, track and swimming) and president of Student Council and a scholar. Turk was voted by his classmates as most likely to succeed and “most outstanding” in his graduating class of 1958. Turk graduated in 1962 from West Point.

Turk was the first New Mexican killed in the Vietnam War. He was reported missing on New Year’s Day 1965; he was confirmed dead 16 days later. Two telegrams to Lucille Connor, Griffith’s mother living in Albuquerque at the time, delivered the terse news of Griffith first listed as missing in action, then his death on Jan. 17.

Griffith was part of a small Army unit on a reconnaissance mission in Vietnam when the team was ambushed sometime in late 1964 or early 1965. Griffith was a military advisor who had volunteered to go to Vietnam.

The letter concluded in part: “Turk truly lived up to all one could wish in a son and a soldier. He was proud of his job … and was one of the great ones. Please know how deeply General Westmorel and I sympathize with you.”

La Loma, Los Alamos High’s yearbook in 1958 shows Griffith as being a four-sport athlete: baseball, football, track and swimming. He was on the La Loma staff as a photographer, senior class president and member of the Honor Society, Key Club, Student Council, Spanish and Letterman’s clubs.

In 1967, the United States Army dedicated Griffith Hall, a bachelor officer’s quarters at Fort Gordon, Ga., where as a Signal Corps officer, Turk was stationed for a time.

Today, Griffith Gymnasium at Los Alamos High School is named in honor of Turk. It was formally dedicated in Griffith’s name in 1966. A bronze plaque detailing Griffith’s life sits in the lobby of the gymnasium today.

Thank you for your service and sacrifice, Turk.