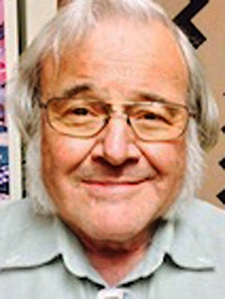 Several noteworthy events occurred between July 16 and Aug. 15, 1945; these include the Trinity Test in southern New Mexico, the bombing of Hiroshima on Aug. 6, the bombing of Nagasaki on Aug. 9, and Japan’s surrender on Aug.15.
President Truman had no choice but to approve the bombings. As vice president, it was considered unnecessary for him to know about the Manhattan Project. When FDR died, Truman took the oath of office. Then Secretary of War Harold Stimson told him of the Manhattan Project; he also told him of the estimated fatalities from Operation Downfall, the planned assault on the mainland of Japan.
These estimates were one-half to one million US and allied deaths, and 8 million to 10 million Japanese deaths.
This was before the Trinity Test in southern New Mexico on July 16, 1945. The Trinity site was at the end of a trail that the Spanish named La Jornada de los Muertos, the Journey of the Dead; rather appropriate to my mind. It was a shortcut on the Camino Real from Mexico City to Santa Fe; it had no water and many died of thirst.
The Trinity Test occurred on the first day of the Potsdam Conference where Truman met with Churchill and Stalin. The code to transmit the result of the test to Truman was “It’s a boy” if it were a success and “It’s a girl” if it wasn’t; misogyny even then. It was a success and Truman decided he should tell Stalin about the program and the test.
He was surprised that Stalin’s reaction was nonchalant. Of course, Stalin had started the Soviet nuclear program in 1942 and was well aware of the Manhattan Project; especially the work at Los Alamos.
Klaus Fuchs (fox in German) had come to Los Alamos as part of the English and Canadian delegation there. He was a brilliant physicist from Dresden, Germany, who believed that socialism/communism was a better system than capitalism. While working in England on its nuclear program, he’d already made contact with Soviet intelligence agents. When it was realized that plutonium could not be used in a simple gun-type bomb, such as Little Boy that was dropped on Hiroshima; Los Alamos scientists realized they’d have to begin a program to design and test an implosion design.
Hans Bethe, head of the Theory Division, first asked Edward Teller to head this program. Teller refused and Fuchs became the head. In other words, Fuchs had access to all the information regarding the implosion bomb that was tested at Trinity, and dropped as Fat Man on Nagasaki on Aug. 9, 1945. When the Soviets tested their first atomic bomb at Semipalatinsk in 1945, which we named JOE-1, it was an almost exact copy of Fat Man. I should add that Fuchs did this for ethical reasons; he never accepted any money for it.
As a docent in the Los Alamos History Museum I had a number of experiences, which I’ll describe in this story:
An elderly gentleman comes into the museum; he’s wearing a cap, which says U.S.S. ship’s name. He tells me, “in August 1945, I was on a troop ship off the coast of Japan awaiting the order to attach. We’d been told this would be a long and deadly campaign. One day I was on deck when the captain came on the PA system and said, “gentlemen, please move to our ship’s port side and look at her shadow as it turns 180 degrees and we head home. The USA has dropped some new type of bomb on Japan and it has surrendered. This terrible war is finally ended.” Then the man says, “I’ve always wanted to visit Los Alamos because some people here may have helped save my life.”
The bombs dropped on Japan SAVED, yes saved, millions of US and Japanese lives.
BTW, the Japanese War Cabinet had six armed forces heads and senior cabinet officials and Emperor Hirohito. The vote was tied at 3 to 3 until the Emperor cast the deciding vote to surrender and end the suffering of his people. When he addressed the nation by radio on Aug. 15, 1945, it was the first time the Japanese people heard the Emperor’s voice.
LOS ALAMOS