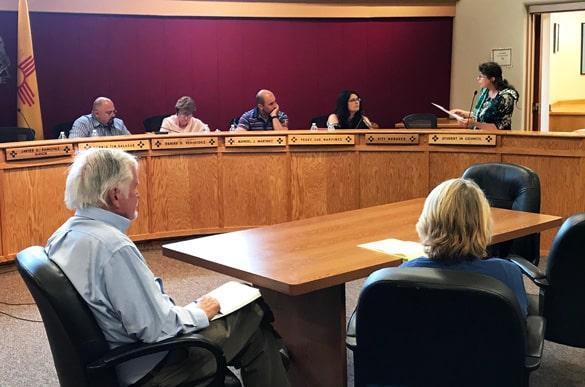 Regional Coalition of LANL Communities board members meeting in Espanola Friday agreed on a new Joint Powers Agreement (JPA) to be distributed to Coalition communities for their review including a last minute change proposed by Los Alamos County Council Vice Chair Christine Chandler.

The change related to the Coalition’s advocacy of “long-term, stable funding for LANL missions” to which Chandler added “supported by the Coalition communities”. Coalition Chair Henry Roybal said the revised JPA will be distributed to the member communities for their approval.

Earlier in the meeting during public comment, the Board heard harsh criticism from several speakers including Jeanne Green of Taos who said it was time to remove the advocacy sentence especially if advocating for more “nuclear bomb production” is not the Coalition’s intent.

“Of course conflict of interest is also a huge concern for us. When a Board member’s paycheck comes from LANL, that person has a vested interest in and a tendency toward being pro pit production over clean-up, pro paycheck over community health,” Green said.

She said LANL’s priority is nuclear bomb trigger production with some 70 percent of its budget spent on nuclear bomb-making and only 7 percent on cleanup.

“I also understand that you usually spend three days of your time in Washington hobnobbing with the Energy Communities Alliance,” Green said, adding that ECA officials Seth Kirshenberg and David Abelson were instrumental in the founding of the Colorado-based Rocky Flats Coalition of Local Governments (RFCLG).

“This was a coalition of communities surrounding the bomb pit factory with representatives from each government participation. In fact, David Abelson was their executive director, as he was in your first years of operation. Your JPA was taken directly from the Rocky Flats CLG’s JPA. David (Abelson) and Seth (Kirshenberg) are with the Energy Communities Alliance,” she said.

Green said focus groups and organizations like the Rocky Flats CLG that were created ostensibly to invite public input were stymied by Rocky Flats, the Environmental Protection Agency and the Colorado Department of Public Health and Environment working together to address the public with “one voice”.

She said these groups, one of them meeting bimonthly for two years, were not told about the secret agreement with Congress in 2000 to cap funding and set a deadline for cleanup and that the most contaminated areas were “imploded down into basements and covered with dirt and gravel with contamination “now seeping into the Denver area via wind, rain and floods”.

Joni Ahrens of Concerned Citizens For Nuclear Safety told the Board she thinks it’s time to talk about maybe the Regional Coalition changing its name.

She said the Coalition really needs to talk about how to transition away from the Lab, how to create a different model “from an occupier to a neighbor”.

“And that’s all we have right now. We have folks that continue to pollute,” Ahrens said.

Devin Bent of Nambe told the Board he would like to see a complete list of  attendees at all Coalition events where significant amounts of money are spent.

“I think that’s the only way that the public will get a feel for these other types of improprieties that won’t necessarily get picked up by a special audit. We need to know the people, their jobs and their affiliations, what boards do they serve on, do they serve as judges on the proposals, are they staff members of other groups, I came up with a list of agencies that I would particularly like to see if they were invited and accepted gifts of a magnitude that I don’t think they should have accepted,” Bent said.

He asked that all employees, board members, council members, of member jurisdictions that attended events paid for by the Coalition be listed.

“That would include Department of Energy employees, consultants, judges on panels, also the Department of Agriculture, then the following private organizations; Siete del Norte, the Regional Development Corporation in Espanola and the LANL Foundation”, Bent said.

In other business, the Board tabled the review and approval of a reimbursement request from former RCLC executive director Andrea Romero because Los Alamos Assistant County Manager could not answer questions on the final reconciliation.

Board members indicated that they plan to continue to hold monthly instead of quarterly meetings until the recent issues with policy have been resolved. 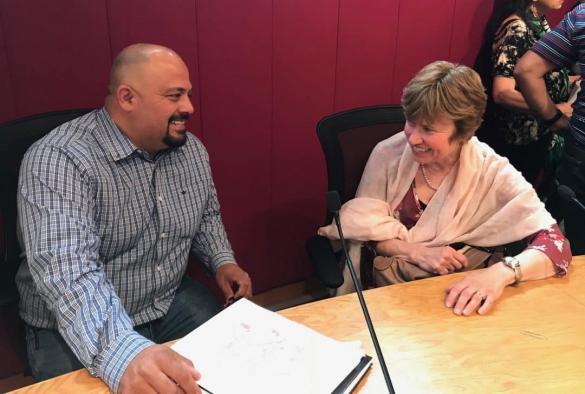 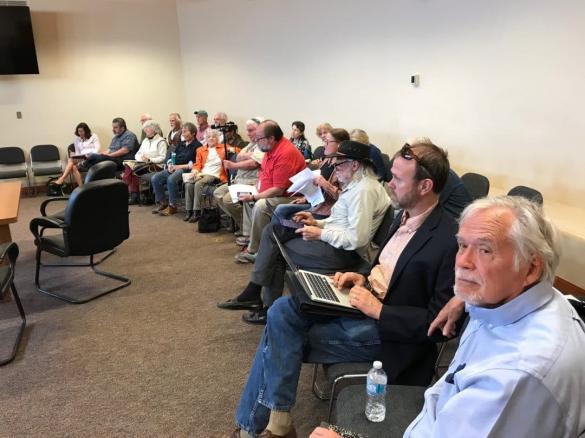