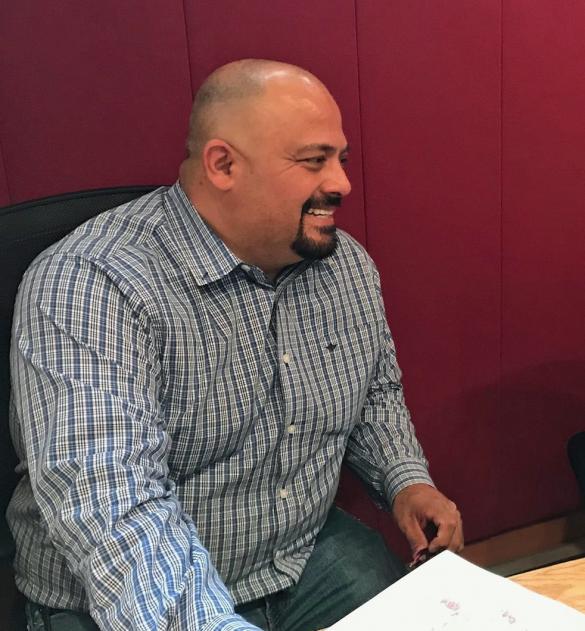 Regional Coalition of LANL Chair and Santa Fe County Commissioner Henry Roybal said Wednesday that any inappropriate reimbursements made with RCLC funds should be refunded to the RCLC by those who received them.

Roybal’s comment was made in an interview with the Los Alamos Daily Post in the wake of the release Tuesday of a special audit of the RCLC by the Office of State Auditor Wayne Johnson, which includes some 18 findings, many of which relate to travel and entertainment reimbursements for alcohol, meals and event tickets.

Roybal said the audit has not yet been discussed by the RCLC Board and that his personal opinion is that the Board should seek reimbursement from all those named as having received payment they should not have received. He said he would like to see the Board pursue legal advice on how to proceed.

“I am glad the audit has been released and as reflected in the report, the Coalition has agreed to implement the state’s recommendations,” he said.

Asked about a $6.96 amount listed in the audit as being for a lunch meeting with former RCLC Executive Director Andrea Romero, Roybal said he paid for his own lunch and that the amount in question was for Romero’s lunch. Roybal explained that there has been some misperception that he as the RCLC treasurer approved the reimbursement requests before they were sent to Los Alamos County for payment, but that is not the case, he said.

“Romero submitted the requests for reimbursements to Los Alamos County for review and then the County sent them back to me to approve on behalf of the RCLC board. I began asking Steve Lynne questions a year ago about some of the items submitted and found out that neither Ms. Romero or Los Alamos County was ensuring the RCLC travel policy was being followed,”  Roybal said. He added that at that point he stopped approving the requests.

The reimbursements referred to in the audit were submitted by JLH Media, Inc. and Romero’s company, Andrea Romero Consulting, LLC. The audit found that the RCLC Board approved reimbursements to ARC or JLH for meals, alcoholic beverages or entertainment expenses for Board members who would not have been entitled to receive per diem and mileage themselves in violation of the Per Diem and Mileage Act (PDMA) and NMAC 2.42.2.1. It found the RCLC Board reimbursed both JLH and ARC for meal and drink expenses for guests totaling $5,799.69

The list provided in the audit shows the names of various elected officials, as well as Harris Walker of the National Nuclear Security Administration (NNSA), Patrick Woerhle, LANL Director of Government Relations, Dave Lyons, former LANL executive director, and others, many of whom are only referred to by their first names. Dates for the expenditures were not included by the auditors.

Johnson’s deputy chief of staff Enrique Knell told the Los Alamos Daily Post Wednesday that each invoice was approved by a designated person on the Board, not necessarily in a full Board meeting. He said this is why the audit states multiple times that the reimbursements were approved by the Board. Knell also indicated that the auditors took the names directly as they were written on the reimbursement requests and receipts, which would have been all the information available to them.

The audit claims the RCLC Board approved reimbursements to ARC or JLH, which included expenses for other guests, which is prohibited by both the RCLC travel policy and state law.

“The RCLC improperly expended public funds to pay for entertainment expenses and alcoholic beverages for both its own Board members as well as individuals who are not public officers or employees,” it states.

Duplicate billing of mileage by both executive directors and their staff were noted in the audit.

“The individuals collected mileage for travel to and from the same location on the same day to attend the same meeting. The OSA identified 28 instances of duplicate mileage reimbursements totaling $1,115.76. The RCLC reimbursed what appear to be excessive, duplicate mileage charges by the executive director that do not appear to comply with the travel olicy,” the audit states.

By approving reimbursement checks for travel and per diem expenditures that did not appear to be adequately reviewed against the travel policy and the PDMA, the audit says the RCLC Board “improperly expended public funds in violation of state law”.

The audit identified potential non-compliance with the Department of Energy (DOE) Grant Award with regard to explicitly prohibited lobbying because the RCLC “appears to be engaged in prohibited lobbying activities”. It states that RCLC documentation provided contains a statement that the RCLC “has positioned itself as sole, consistent lobbying body for legacy waste cleanup dollars into LANL at the Congressional level.”

“Possible non-compliance with the DOE grant agreement, which could result in the claw back of approximately $372,000,” it states.

Potential violations of ethical conduct provisions for federal employees regarding the solicitation or acceptance of gifts in that the RCLC paid for meals and entertainment of DOE employees.

“Although all of the participants could not be identified, the OSA was able to identify the participation of certain DOE employees,” the audit states, adding that the appearance is that the meals and entertainment “may have been used to influence an official action”.

Breach of fiduciary duty by Los Alamos County as fiscal agent was noted in the audit because of several emails where the Board treasurer or representative questioned specific expenditures but upon receiving a response from Los Alamos County, they allowed the reimbursement of those expenditures.

It claims the County as fiscal agent has a fiduciary duty to process receipts and expenditures, and should exercise due care in reviewing proposed expenditures and obtain proper approval from RCLC officers prior to payment, adding that the County had no written procedures regarding processing of RCLC transactions.

The County has disagreed with this finding stating that its duties as fiscal agent are not defined which, “likely contributed to this situation”.

“However, since they are not defined, it is not appropriate to presume what level of responsibility (the County) had. This is especially true given the clear responsibility placed upon the treasurer in the RCLC by-laws and upon the executive director in those contracts. (The County) has always sought approval from the RCLC treasurer prior to disbursements and always provided whatever information it had available, generally from the executive director, to the treasurer,” the County responded.

The audit also determined that there was failure to comply with State Audit Act. Los Alamos county also disagreed with this finding, stating that it does not have authority to contract for audit services on behalf of the RCLC and has no decision-making authority regarding the RCLC’s choices in the matter. The County maintained that the decision to account for the receipts and disbursements of the RCLC in an Agency Fund of the County is the correct accounting treatment for the County’s accounting records as fiscal agent.

The audit states that Feb. 20, 2013, the OSA issued a letter of determination stating that the RCLC was a “special district”, further classified and subject to all regulations and laws of a “local public body”, including the Audit Act.

The combining of RCLC monies with the County’s pooled cash account was found to cause a lack of transparency in that it made it “difficult to distinguish between the expenditures of each entity. The audit claims this causes the inability to identify discrepancies and to reconcile the individual funds included in pooled cash and that it does not appear that the RCLC or the County have properly reconciled cash accounts.

Another finding was that a miscoding of expenditures and using a pooled cash account resulted in the RCLC paying for expenditures of the County when in June 2017, RCLC issued a check for $5,000 to the Energy Communities Alliance (ECA) annual membership even though the dues were billed to the County. It was noted that the RCLC did recoup the $5,000 from Los Alamos County in June 2018.

During the course of the special audit, it was noted that some reimbursement claim forms had a credit amount applied to them.

The audit also found that the RCLC and the County auditor’s office with all supporting documentation related to transactions for the period July 1, 2014 through June 30, 2018.

“One example is the lack of a contract for professional services of $10,000. The Coalition’s Board or its fiscal agent did not provide all supporting documentation requiring the OSA to obtain documents through other means and resulting in a concern that there may be other documents that were not provided or that there may be an underlying reason for not providing the documentation. Missing records can be indicators of more serious issues including fraud,” the audit states.

The audit found that the RCLC budget did not foot correctly and presented a misleading projection regarding unrestricted fund balance to the board.

“Additionally, the budget includes a statement that the DOE grant will be used for RCLC operating expenses but not for travel. If there is a violation of the grant agreement, then there would not be sufficient funding to cover operating expenditures, not including travel. The Coalition’s budget is not accurate and may be misleading for the board,” the audit says.

Finally the audit says it found “many expenditures paid by the RCLC to governing board members, the executive director(s) and third parties totaling $51,519.45 in improper expenditure payments from July 1, 2014 through June 30, 2018.

The audit states that the executive director of firms (ARC and JLH) submitted County previously paid invoices and receipts for reimbursement by the RCLC.

“Many of these reimbursement requests did not have prior approval by the Board so the fiscal agent would obtain, after the fact, approval to pay the reimbursement via email correspondence with a Board member. The Board members may not have had adequate time to review the reimbursements against the RCLC policies and procedures, NMAC 2.42.2.1, and applicable laws and regulations,” the audit states, adding that the “improper payments” may have constituted an unwarranted donation of public funds to private individuals in violation of the Anti-Donation Clause.

The Los Alamos Daily Post reached out to Romero Wednesday and asked her about reimbursing the RCLC for the $26,862.18 amount but she declined to answer sending a statement, which reads, “Per your questions, I welcome the findings of the audit which confirms what was already known – that there were errors made by me, RCLC board members and Los Alamos County concerning the reimbursements in question. I did not knowingly or deliberately violate any standard for reimbursement”.

“When my errors were brought to my attention, I made immediate repayment. Although I no longer work for the Coalition, I hope they use the findings to improve how the Coalition handles travel and reimbursement procedures. If the audit finds additional inadvertent errors, I will be happy to work with the Coalition to correct them,” she concluded.