Red as a Lotus: Letters to a Dead Trappist 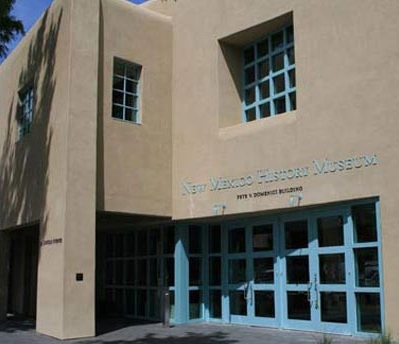 Join poet Lisa Gill for readings from her book Red as a Lotus: Letters to a Dead Trappist, interspersed with portions of the film, Compassion Rising, an outgrowth of the 1968 meeting between the Dalai Lama and Thomas Merton.

The event, part of the programming series for the exhibits Illuminating the Word: The Saint John’s Bible and Contemplative Landscape, is 2 p.m. Sunday, Nov. 4, in the History Museum Auditorium (located at 113 Lincoln Ave., in Santa Fe. Free with admission; Sundays free to New Mexico residents.

Gill received an NEA Fellowship and wrote five books, including the poetry collections Red as a Lotus, Mortar & Pestle, and Dark Enough; the hybrid memoir, Caput Nili: How I Won the War and Lost My Taste for Oranges; and a verse-play featuring Woman and Rattlesnake, called The Relenting.
She is the founder and executive director for the Local Poets Guild and currently lives in “The Projects,” a new warehouse theater and home for poetry in Albuquerque.
On creating Red as a Lotus, Gill wrote that she was struck by two quotations by Merton, a Catholic monk and writer: “The purpose of a book of meditations is to teach you how to think, not to do your thinking for you” and “As soon as any thought stimulates your heart or your mind, you can put the book down because your meditation has begun.”
“I took his words to heart and quickly found myself writing to a Catholic monk, political activist, hermit and poet who died two years before I was born.
And for over two years I kept writing. Although I continued reading works by Merton throughout the process, my task was personal. … Red as a Lotus is the natural result of accepting Merton’s challenge and it’s an honor to share some of these poems in the context of Compassion Rising. I would never want to miss an opportunity to celebrate the unexpected friendships and myriad contemplative connections that inform our lives. “
Compassion Rising is billed as a “sonic journey” featuring vocal performances by Tibetan monks and instrumental performances by Millenia Music, recorded inside Kentucky’s Mammoth Cave, the Abbey of Gethsemani, and the Furnace Mountain Zen Temple in 1999.
The seed was planted in late 1968, high in the Himalayan Mountains, when the Dalai Lama, recently exiled from Tibet, met Merton.
Over the next five days, the two forged a bond and vowed to bring together the world’s East and West in peace and understanding.
Three weeks later, Merton was electrocuted in a tragic accident.
In 1994, the Dalai Lama visited Merton’s home, the Abbey of Gethsemani, where he proposed a global summit to fulfill his friend’s wish.
That event was held in 1996, and footage from it is contained in the film. Additional materials include the Interreligious Vigil for World Peace and a 2003 meeting between the Dalai Lama and Muhammad Ali, orchestrated by Millenia Music for the Blessing of the Chamtse Ling Temple.
The History Museum invites the public to this special afternoon of meditative music, visual artistry, and poetry.
For more on the film, click here. For a sample of Lisa Gill’s poetry, we offer these lines from poem VI in Red as a Lotus: Letters to a Dead Trappist:
… Here is my mouth. The cavities in my teeth
are growing. Each small fracture has a chance if slim
to crack large enough to hold a mustard seed. Then,
hope or some wild plant shall take over my tongue.
Menu
LOS ALAMOS