Existing home sales edged up in January and February both in Los Alamos and across the nation. 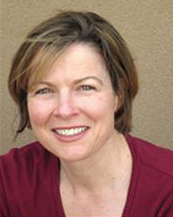 According to a recent report from the National Association of Realtors, the U.S. could be seeing a sellers’ market developing.

While the overall numbers are small, that’s a significant percentage increase. There are an additional 23 homes that are currently pending or under contract and are scheduled to close later this spring.

Our inventory of homes for sale is also low with just 112 homes currently for sale in Los Alamos County. All of this is good news for our community.

The chief economist at the National Association of Realtors, Lawrence Yun, said a tight national inventory is a major factor in this market uptick.

“Buyer traffic is continuing to pick up while seller traffic is holding steady.  We’ve transitioned into a seller’s market in much of the country.”

A housing upturn like this could be just what the doctor ordered. Last year, overall home sales in Los Alamos County were down 17 percent from the year before. In 2012 just 176 homes sold in the county, compared to 211 in 2011. So, the increase in sales at the beginning of 2013 is good news indeed.

Another positive note in our local market is the limited number of “distressed properties” for sale. People often ask what percentage of the homes for sale in Los Alamos County fall into this category.  The numbers are small, but they do exist.

Of the 176 residential properties that sold last year, the multiple listing system recorded nine of these as bank-owned properties and an additional three as short sales.

That means that fewer than 10 percent of the houses sold in our community last year were distressed properties.

Of the 112 homes that are currently for sale in Los Alamos County, only five are bank-owned or short sales. That’s significantly below the national average. According to RealtyTrac, distressed property sales made up 43 percent of nationwide home sales in 2012.

While I am “cautiously optimistic” about the 2013 Los Alamos real estate market, I personally think it’s too soon to tell. Sequestration that began on March 1 could have a dampening effect on the local housing market as well as the national one.

March tends to be one of the biggest selling months in our community. We’ll see what lies ahead as the months unfold.

Data for this column was obtained from the Santa Fe Association of REALTORS® MLS.

Editor’s note: Paula Barclay is an Associate Broker at RE/MAX of Los Alamos. She can be reached at (505) 231-8705 or paulabarclay@remax.net