But before The Western Area was built, Los Alamos residents lived in “The Townsites” at Site Y.

In the beginning of Los Alamos history the townsite was a temporary Army post run by the Army Corps of Engineers.

As a temporary site hastily constructed with the urgency of war most of the original “homes” lacked not only comfort but durability.

The initial contract to construct the top-secret post fell to M. M. Sundt Construction with the firm of W. C. Kruger as the Architectural Engineers.

Sundt broke ground on the first building Dec. 20, 1942. With original estimates of only 6-50 people to live and work in the area an initial contract of $300,000 included the building of 13 Tech Area buildings and residential accommodations. Modifications to the original plan expanded Sundt’s contract to $1,258,064.

By the end of April, 1943, with most of the original contract completed, The Sundt Company began to leave the Hill. Soon, however, Expansion A was quickly ordered and Sundt began a new round of construction. Many modifications quickly ensued and by the time Sundt completed Modification #70 Nov. 30, 1943 the construction costs had topped $7 million.

The secrecy, urgency, isolation, and tension surrounding the work had strained the resources of the company and many workers within the company were greatly relieved to move back to Albuquerque after a year on the Hill.

Under Sundt’s chaotic construction, the original 54 buildings of the boy’s school were transformed and the major area of the Tech Area, a boiler house, the main water tower, and 334 residential units were built.

The company built the best units during the war. They included amenities that later homes lacked, such as varnished hardwood floors and fireplaces. The typical Sundt apartment building usually housed four families. Each family had two to three bedrooms and a tiny bathroom with a tin-lined shower.

The kitchens were fairly large for the time and included two sinks, numerous cupboards and a huge black stove nicknamed “Black Beauty.”

After Sundt left the Hill, the quality of housing quickly diminished. Around the end of 1943 several new contractors arrived including Morgan and Sons and Robert E. McKee Company who brought many pre-fab houses to the townsite.

Additionally, Quonset huts, Pacific hutments, and expandable trailers were all brought in to provide housing within the townsite. The durability of many of the homes was always questioned. At one dorm dance an army officer praised the sturdiness of the buildings. A WAC, to prove her point, shoved the officer who hit the wall and fell completely through to the other side.

These two, three, and four bedroom homes replaced 198 structures left over from the Manhattan Project that had been razed in the Eastern Area between the community center and airport.

With attached carports, space for washers, dryers,  and freezers, and forced-air systems, these houses epitomized the suburbanization of Los Alamos. Thus, in order to attract new personnel to the Hill, houses barely 10 years old were replaced by the latest in suburban living.

This area known as the “townsite” began to be called the Eastern Area as it was expanded and the Western Area neighborhood was developed. Today the term is generally used for the area between 4th Street and the Airport, though in legal descriptions it extends to 15th Street and is often used to describe the area surrounding all of downtown.

The first private sale of a home in Los Alamos was a home on Manhattan Loop in the Eastern Area. It was sold in 1965 to William Overton, Jr. for $7,500. He and his family had occupied the three-bedroom 1378 square foot home for three years prior to purchasing it.

The government completed the sale of all Eastern Area homes with an average of four home sales per day then sold homes in the Western Area. The very same home that the Overtons purchased for $7,500 in 1965 was sold in 1999 by Jane Hoffman of Zia Realty Group for $173,500.

The Eastern Area has become a very popular place to live for current Los Alamos residents. With the close proximity to downtown many Eastern Area residents enjoy being within walking distance to work, shopping, and entertainment.

With a wide array housing options from affordable condominiums to high end perimeter homes there is likely to be a home to fit most people’s tastes and needs.

Contact your favorite Real Estate Professional to see any of the Eastern Area Homes. 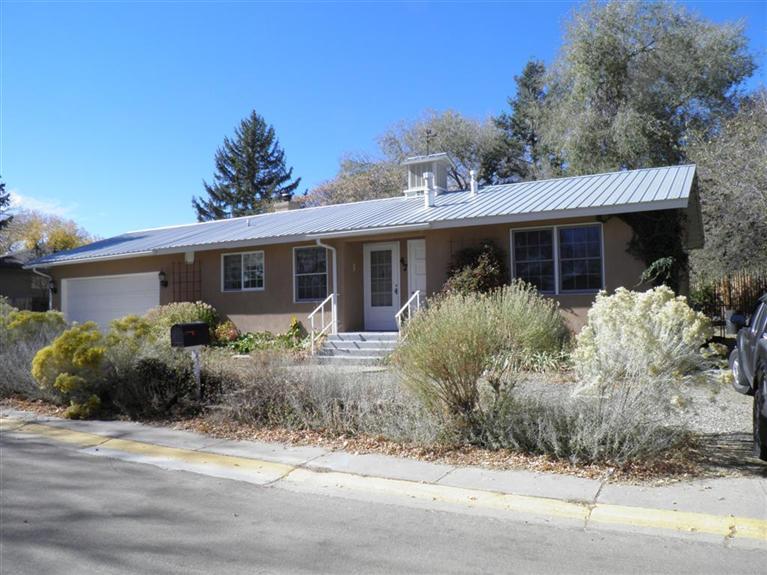