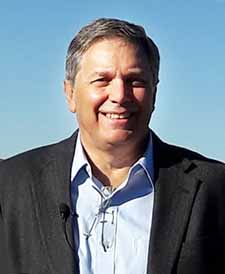 The media claim that the death of George Floyd in Minneapolis is an example of racism in policing.

Liberal democrats have run the city of Minneapolis for 50 years and surely hired everyone in the city government.

How did some alleged racists sneak past the liberal gatekeepers? They did not. The answer is that the death of George Floyd must actually be a product of the progressive policies of the Democratic Party.

The leaders that have abandoned the ethics of Abraham Lincoln, where everyone is equal, are the liberal democrats. They have essentially merged with the public employees to form an unaccountable ruling elite in the cities.

In Minneapolis, the policeman had numerous charges of brutality and the city was unable to end his employment. The elected officials would not address misconduct by a public employee. They were serving the public employees, not the citizens.

They form a group, like royalty, while the citizens are treated as though they have no rights at all, like peasants. This is the modern version of feudalism.

In New Mexico, and in democratically led states across the country, we have closures that apply to businesses, churches, etc., so-called nonessentials, but the definition of nonessential just reflects the bias of the state officials sending out the orders.

All the government employees are essential and get paid, even when not at work, but many citizens are denied their right to work and are in financial distress. State officials selectively punish citizens by labeling them nonessential. It is about dividing society into governing royalty and the citizen peasants who can lose their rights at any time.

In Los Alamos County we have numerous cases where the county government is denying the rights of small businesses, but they never face any constraints from the elected Democratic Party officials. They will not even overrule the county staff.

The liberal democrats apparently do not believe in fair equal treatment under law. The Democratic Party has abandoned the moral code of Abraham Lincoln and moved civic life backwards.

Now we see even worse behavior from the liberal world, they are engaged in a campaign against police officers based on the behavior of a few out of the millions of officers who serve. This is really picking out a group in society and attacking them. It is morally equivalent to racism.

Now we have to reject this attack and rally in support of the police. They need our support more than ever.