Rally For Science In Santa Fe … But Not Los Alamos 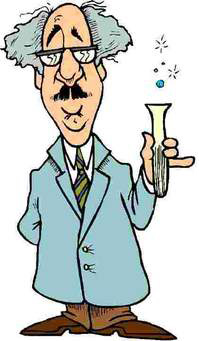 Los Alamos isn’t hosting a Rally or a March for Science. Santa Fe is, though. It will begin at 10:30 a.m. Saturday, Earth Day, at the Roundhouse. Get out there with your dedication and brilliance. Remember, there is no planet B, and scientists can prove it.

The organizers of the March state: “The mischaracterization of science as a partisan issue, which has given policymakers permission to reject overwhelming evidence, is a critical and urgent matter. It is time for people who support scientific research and evidence-based policies to take a public stand and be counted.”

The March for Science will happen in more than 350 cities worldwide this Earth Day. Postdocs from the Santa Fe Institute organized a Rally in Santa Fe. There’re Marches in Albuquerque, Socorro and Las Cruces. But there won’t be a March for Science here. Not in Science City.

Aside from the rational that it’s easier to let somebody else organize a March, and that Los Alamos scientists should get off the hill and mingle, I’ve heard other, more telling, excuses for not organizing in Los Alamos:

Let’s talk about these rationalizations.

1) The “eh” shrug. The “doesn’t matter” factor. Yeah. Sure. A lot of us are pretty lazy. On the other hand, even if you don’t like to exercise, if the ship is sinking, you better start to swim.

2) You’re right. Science shouldn’t be political. Science is rational; the facts should speak for themselves. The reality, however, is that science is already politicized.

That our own Labbies assert science is not to be politicized ignores that the American government initiated—then maintained—Los Alamos, not for pure research, but for the national political goal of first creating The Bomb to win WWII, then continuing with bigger, more sophisticated weapons to win the Cold War. Within these past 78 years, Los Alamos has served the nation’s national political values. In addition, government money comes from researching something politically expedient: weapons, stockpile stewardship, energy security, national security.… Climate change….

And yes: the purpose of the Rally for Science is, indeed, political. It reminds national leaders, directors of public-education, law-and-policy makers, funding sources, and ultimately those in control of the future of the US, that science is an objective description of how the world works. No matter what your personal beliefs or capitalistic goals, all humans are subject to the physical properties of the universe in which we live.

If a governing body claims human contributions to climate change don’t matter, and posits instead the equally false argument that with increased regulations intended to protect humans as well as the living planet, Americans will lose jobs, it’s up to scientists to correct the political misconstruction before it hurts somebody. One could certainly argue that speaking from verifiable data on behalf of the planet’s survival is the job of science—perhaps even its responsibility.

Of course many scientists support the administration, both President and Congress. Science, however, is not a personality contest. Even ardent supporters understand that policy- and decision-making should be based on verifiable evidence rather than ideological assertions. The supporters aren’t being disloyal; they’re acting as educators.

3) If LANL staff members are afraid of being targeted and losing their clearance then the issue is beyond political. It’s true that democracy and the Bill of Rights doesn’t extend into the workplace. On the other hand, LANL staff with clearance took the oath to defend the Constitution against all enemies both foreign and domestic. We’re not saying that any of the three branches of the US government is an enemy of the Constitution; we’re merely saying that we have the right to express personal opinions off-campus as long as we don’t claim to represent the Lab. But if that is a fear, then American civil liberties are in critical danger. Showing up is a way to express that scientific research and the universal, verifiable facts that it uncovers are the right of not only researchers, but the of the world’s progress.