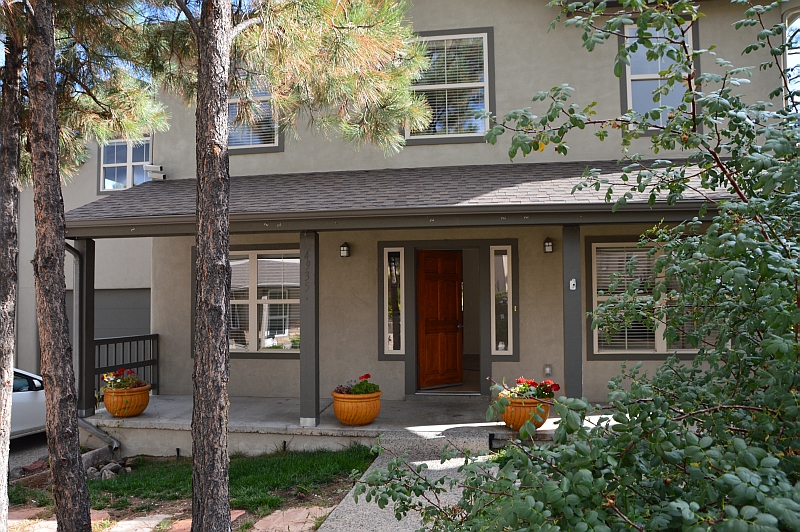 This vacant home for sale in Quemazon has been the subject of several break ins since August and has now been taken off the market. Photo by Carol A. Clark/ladailypost.com 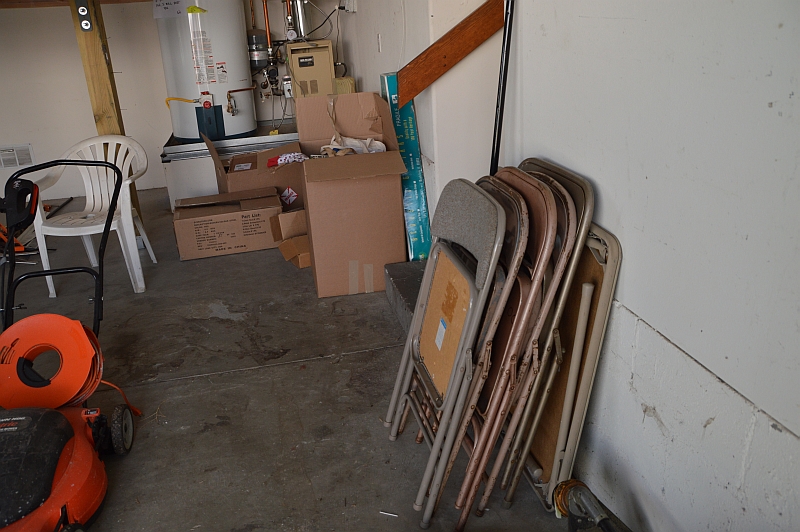 The homeowner stated that teens who broke into her vacant home stored this card table and chairs along with bottles of alcohol in the garage in preparation for future parties. Photo by Carol A. Clark/ladailypost.com
By CAROL A. CLARK
Los Alamos Daily Post

A homeowner in Quemazon has been plagued with break ins recently and is pleading for it to stop following what she believes was an attempted break in Sept. 14.

“My neighbor saw five teenagers at the back door of my home on North Sol and called police,” Lisa Brenner said. “My home has been broken into three times since August and whoever got in at that time vomited all over my brand new $10,000 carpet and left my home in a disaster. They left alcohol, patio chairs and card tables in my garage for their next party.”

Brenner explained that she and her family moved into the home at 4935 North Sol in 2005. Her husband got cancer and died two years ago. In late July, Brenner and their four children moved to Albuquerque where she bought a business. The home on North Sol has been vacant and up for sale since that time.

“I was so upset with all these break ins that after the Sept. 14 attempt, when the police told me they couldn’t do anything and wouldn’t let me talk to them on the phone, I sent private Facebook messages to the teens identified by neighbors,” Brenner said. “I warned them to stay away from my property.”

Since messaging the teens, Brenner says she has been the subject of threats and insults by the teens, their friends and families. She said she received a message from one person saying, “If you lay one finger on my brother, you won’t know what fear is.”

Brenner said the situation continues to escalate and she has taken her home off the market.

“I asked one parent to have her kids apologize and make amends by cleaning my house or some other gesture of remorse for their actions and she isn’t having them even apologize,” Brenner said. “I am a widow trying to support and care for four children. Now I’ve had to install an expensive security system in a community that I once thought was safe.”

According to the police report obtained by the Los Alamos Daily Post, Ofc. Joseph Robinson arrived at the scene about 10 p.m., Sept. 14, after neighbors called to report that teenagers were at the back door of Brenner’s vacant home. Robinson encountered the neighbor’s husband speaking with the teens.

Robinson indicated in the report that the neighbor provided him with a key with which he surveyed the interior of the home and found no signs that anyone had been inside. He also stated that he saw no evidence of an attempted break in at the doors or windows.

This is the fourth attempt with three successful break ins and finally the police tell me that if I place a no trespassing sign in my yard, then they can arrest the kids if they go on my property – why didn’t they tell me that after the first break in?” Brenner said.

According to the police report, Robinson advised the teens on the night of Sept. 14 that they were not allowed on the property again and that if they returned, they would be charged with trespassing.