In 2018, the state began protecting groundwater resources from three per- and poly-fluoroalkyl substances (PFAS) chemicals, a group of manmade chemicals known to cause adverse health effects.

WASHINGTON, D.C. – The International Spy Museum in Washington, D.C. has responded to a request made by U.S. Senators Martin Heinrich (D-N.M.), Ron Wyden (D-Ore.) and Dianne Feinstein (D-Calif.), all members of the Senate Select Committee on Intelligence, that the museum make changes to its exhibit on the CIA torture program.

In December 2019, the senators sent a letter to Tamara Christian, president and chief operating officer of the International Spy Museum, expressing disappointment over the exhibit’s misrepresentation of the CIA’s torture

Tire problems are thought to be a factor in one out of 11 vehicle crashes. Blowouts, tread separation, under inflation, and worn treads—the grooves in your tires that offer stability and traction—are some of the tire problems associated with these crashes.

Like a pair of sneakers that get more slippery with use, your tires lose their ability to grip the road as their treads wear down. Checking your tire treads can help keep you safer on the road. It only takes a few minutes, and some spare change. 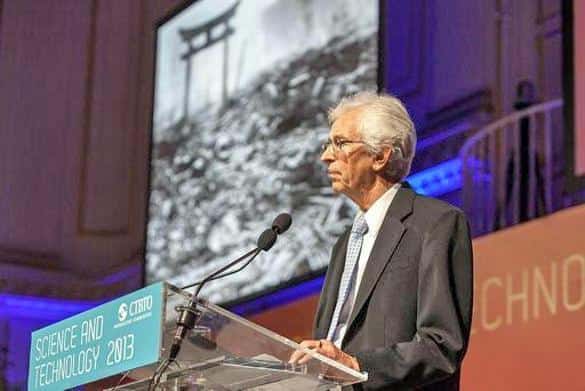 Dr. Siegfried Hecker during the official CTBTO photostream. Courtesy photo
LAHS News:
Dr. Siegfried Hecker will give his annual talk on the state of nuclear arms control and world politics, 7 p.m., Jan. 11 at the Alice and Lawry Mann Lecture.
Hecker served as the fifth director of Los Alamos National Laboratory from 1986 to 1997, and is now a senior fellow emeritus at the Freeman Spogli Institute for International Studies.

He has spoken to a full house each year he has returned to Los Alamos for this event. Come early for the best seating!