Court Of Appeals To Hold Hearing At Laguna-Acoma High School

COURT News:
ALBUQUERQUE ― Students at Laguna-Acoma High School will have an opportunity today to better understand New Mexico’s judicial system when the Court of Appeals hears arguments at the school in a criminal case.

Students in grades 9-12 at this school, about 50 miles west of Albuquerque, will be able to watch as lawyers appear before a panel of three judges in a case involving an Albuquerque man appealing his conviction on drug charges. After the arguments, judges will take questions from students.

The Court of Appeals is not a trial court and there will be no
Tags:
Education State Courts
Read More »

March 2 at 6:22 a.m. / Police charged a 15-year-old Espanola boy at 1300 Diamond Dr., with battery and referred him to the juvenile probation officer. 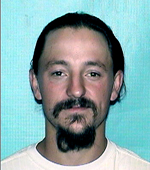 Bierend was wanted after state police conducted an investigation into allegations that he had unlawful sexual intercourse with a 15-year-old girl, which was videotaped. He was wanted by state police for crimes of sexual exploitation of a child, criminal sexual penetration of a child and contributing to the delinquency of a minor.