The Los Alamos Police Department has encountered some unexpected circumstances and is unable to release this week’s report until Friday.

FBI News:
ALBUQUERQUE — Zachary Milton Hess, 20, of Las Cruces was sentenced Wednesday afternoon in federal court to five years of probation for his conviction on a misdemeanor charge of being an accessory after the fact to the interstate transmission of an extortionate communication.
Hess also was ordered to pay $77,934 in restitution to the university.
Hess was arrested Aug. 25, 2014, on a criminal complaint charging him with sending in interstate commerce a threat to shoot up his college campus. According to the criminal complaint, on May 27, 2014, an individual anonymously
Tags:
Education State Public Safety
Read More » 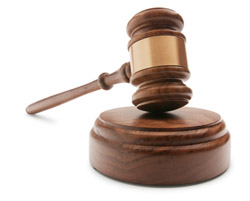 “The Fraud Recovery Strike Force will investigate and litigate in the public interest, support legislation and aggressively pursue damages, and recover public funds,” Balderas said. “The unit’s priorities are to recover funds for the state’s treasury from people