Letter To The Editor: This Smacks Of Vendetta

Jaret McDonald displays the significantly foolish over-reaction of too many of our current County Councilors (letter). He states that he favors a County Sheriff position, having been one himself, but: “The current Sheriff, Marco Lucero, has consistently tried to increase the role of the office beyond what the Charter established.”

The foolish over-reaction is to ‘solve’ this problem by abolishing the office. Yet the Council has control over it and the current Sheriff is term-limited and will leave office soon. All the Council has to do is be firm in limiting the

McDonald: Nothing Inconsistent In My Views Regarding Office Of The Sheriff 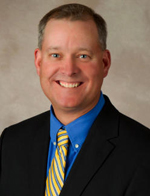 The current Sheriff, Marco Lucero, has consistently tried to increase the role of the office beyond what the Charter established.

How B Reactor Worked And Its Mysterious Failure

On Sept. 26, 1944, the B Reactor, the world’s first full-scale plutonium reactor, started up at Hanford. The next day, it mysteriously shut down. “The reactor went dead, just plain dead! Everybody stood around and stared,” physicist Leona Woods Marshall recalled.

After working all night, scientists led by Enrico Fermi calculated that the problem was being caused by Xenon, an element produced during the nuclear reaction. Physicist John Wheeler had warned that Xenon and similar elements, which absorb

News From The Special Legislative Session:

The House Judiciary Committee of the New Mexico Legislature approved legislation Friday evening to reinstate the death penalty in New Mexico for those who murder law enforcement officers, corrections officers or children.

“The death penalty is a fitting punishment for the monsters that murder innocent children,” Youngblood said. “It gives prosecutors another option to use while they seek the justice these children deserve.”

“Too many law enforcement

HB 5, also know as “Lilly’s Law”, was approved by a bipartisan vote of 8 to 4. The legislation would expand the list of violent felony crimes that would make an offender eligible for mandatory life sentencing. No defendant has been convicted under the current law because the list of crimes included in the law is extremely narrow.