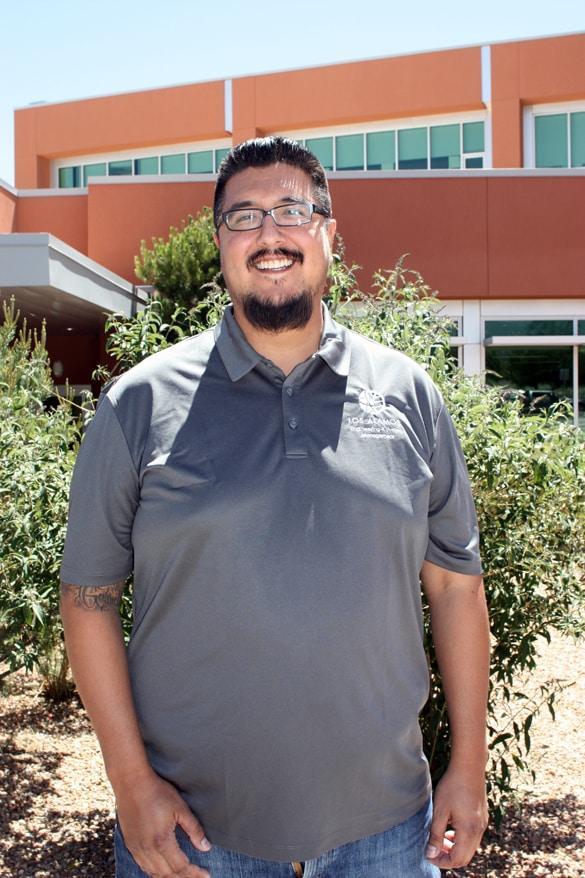 Juan Rael is one of the newest hires in the Los Alamos County Public Works Department. Photo by Kirsten Laskey/ladailypost.com 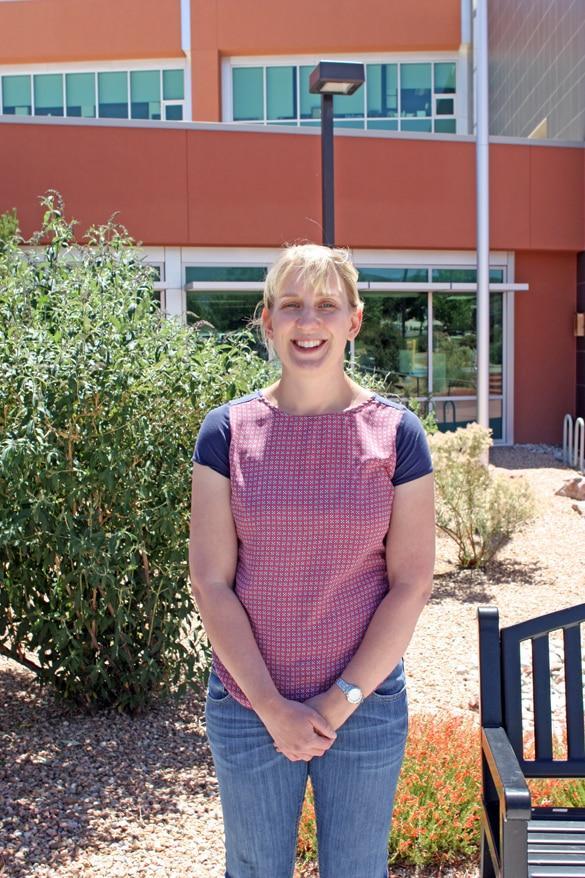 Sarah Anderson is a new project manager in the Public Works Department. Photo by Kirsten Laskey/ladailypost.com

There are two new faces in the Los Alamos County Public Works Department. Sarah Anderson and Juan Rael were recently hired as project managers for the department.

Both bring experience working in the private and public sector.

Before moving to Los Alamos to begin work April 23 at the County, Anderson worked at the Public Works Department in Omaha, Neb., for more than two years. She was a civil engineer and managed sewer separation work and drainage stormwater projects. Before working in Omaha, Anderson worked for a local government and an engineering consulting firm in Florida.

She explained that she made the move to Northern New Mexico because her husband was hired at Los Alamos National Laboratory; plus, he is originally from New Mexico.

Rael, who started working for Los Alamos County May 7, said he previously worked at the New Mexico Department of Transportation for five years. He was a construction liaison engineer in charge of oversight of design and construction for the northern part of the state. Before that, Rael said he worked for eight years in the private engineering consulting industry in Albuquerque and Southern California.

Rael and Anderson may have just started at the County but they are already involved in several projects.

The road improvements on North Mesa are scheduled to begin in July. Rael describes it as a residential rehabilitation project. The pavement will be rehabilitated and there will be intermittent replacement of some sidewalks and driveway pads, along with installation of electrical conduit.

The Deacon Street improvement project, behind Metzger’s Do It Best hardware store and El Parasol, is slated for 2020 and will include improving the roadway by installing sidewalks and bringing more economic development to the area.

Anderson is busy with a project on DP Road. She explained the project involves the reconstruction of DP Road to support some of the planned development on that corridor. For instance, the County Council has approved a land donation to build an affordable housing complex on DP Road.

Both Anderson and Rael said they are excited about their new positions and the opportunity to work in Los Alamos.

After working for a big municipal government, Anderson said to work in a small town is refreshing. She said rather than just working alongside fellow engineers and doing specific projects, “There are a wide range of projects and opportunities to collaborate with other departments”.

Rael said he was attracted to work in Los Alamos because “of the highly efficient way they operated and the professionalism in the interactions I had in all departments”.

“I feel because I have both public and private experience, that it is what helped prepare me to provide excellent service to the residents of Los Alamos County,” he said.

Anderson lives outside of Los Alamos County while Rael is one of its newest residents. Rael and his family previously lived in Albuquerque and Anderson and her family live in Santa Fe. Rael said his family is looking forward to spending the summer getting acquainted with the area and participating in activities from the Community Services Department’s 100 Days of Summer program. They also look forward to going to the Nature Center and visiting the various parks.

Anderson said she has enjoyed working in Los Alamos where everyone is friendly and has been welcoming and “the scenery is quite beautiful.” She said that she and her husband are big travelers as well as outdoor enthusiasts, adding that they are planning a trip in September to Banff National Park in Canada.