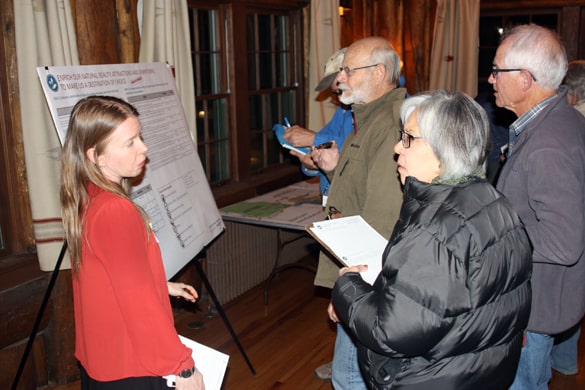 The public weighs in on the County’s strategic tourism plan during a meeting Nov. 8 at Fuller Lodge. Photo by Kirsten Laskey/ladailypost.com 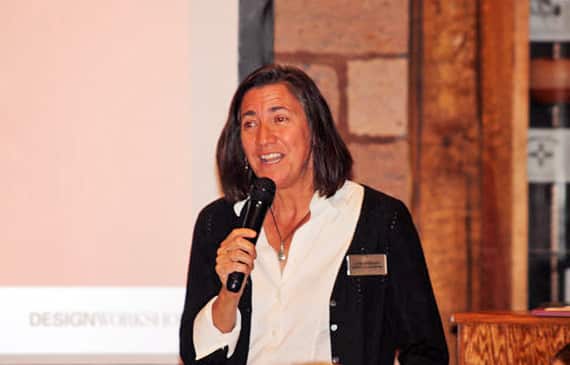 Assistant to the County Manager Linda Matteson speaks during the public meeting. Photo by Kirsten Laskey/ladailypost.com
By KIRSTEN LASKEY
Los Alamos Daily Post
kirsten@ladailypost.com
Los Alamos is at a crossroads; Assistant to the County Manager Linda Matteson reported during the tourism public meeting Wednesday, Nov. 8 at Fuller Lodge.
With two newly installed national parks: the Valles Caldera National Preserve and the Manhattan Project National Historical Park and attendance climbing at Bandelier, Los Alamos has got some exciting times ahead, she said.
“All these opportunities have come our way,” Matteson said.
As a result of these opportunities and in addition to the County’s comprehensive plan, which showed support for increasing tourism to be an economic driver, the County contracted with Design Workshop to produce a tourism strategic plan. To make the plan effective, Design Workshop staff are gathering public input to determine the best path to take. After looking at feedback from two public meetings, one in September and the other Nov. 8, the community appears to be eager to maximize efforts to bring visitors to the area.

It’s important for Los Alamos to determine the best path forward, she said
“I think it’s really important to think about – do you want it to happen to you or do you want to be strategic,” she said.
It appears Los Alamos wants to be strategic. In September, Design Workshop conducted an online survey and received more than 200 responses, Zimmerman said. In those responses, it was revealed the one objective the public wanted to see achieved through a strategic plan was economic development. The survey takers hoped more tourists would generate more restaurants that were opened longer hours. Additionally, they hoped a robust tourist industry would benefit existing businesses by bringing more customers to their stores.
Zimmerman further reported that during the September meeting, a number of scenarios were presented to the public regarding what Los Alamos could do for its tourism industry. The most popular option was to upgrade tourism services, increase marketing and enhance the community for both visitors and residents.
Zimmerman posed a number of focus areas to the audience for consideration:
A number of people weighed in the on the plan during the Nov. 8 meeting. One audience member asked to leave “downtown” out of the plan and out of discussions because it seems to exclude White Rock.
Another person wondered how the Creative District master plan fit into the plan. Zimmerman said there definitely will be dialogue about the local arts scene. Another attendee wondered how the County’s infrastructure such as utility lines and the wastewater treatment system would be impacted by tourism. Zimmerman said that has not been looked at yet.
The goal is to present the draft plan to County Council in December and return in January 2018 to council for consideration and approval.
For more information, visit https://www.losalamostourismplan.com. 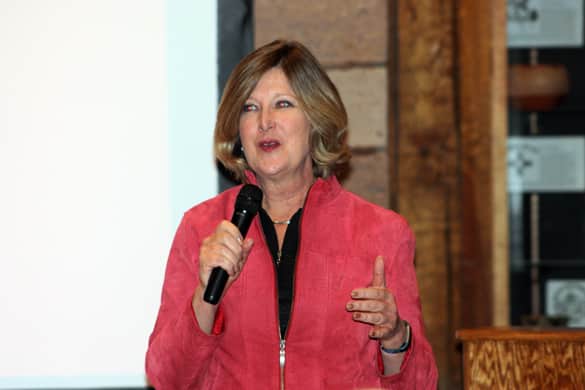