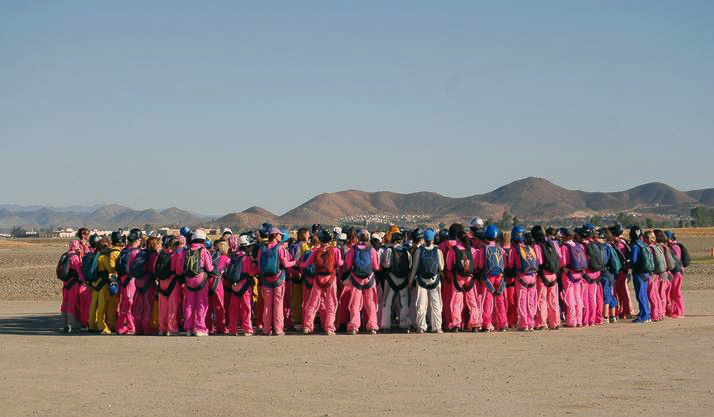 “Pink Skies,” an inspirational documentary about the empowerment of women – overcoming obstacles as athletes and as human beings, is coming to Los Alamos National Laboratory for employees to view this afternoon.

Community members may view the film at 6:30 p.m. today at Duane Smith Auditorium at no charge. 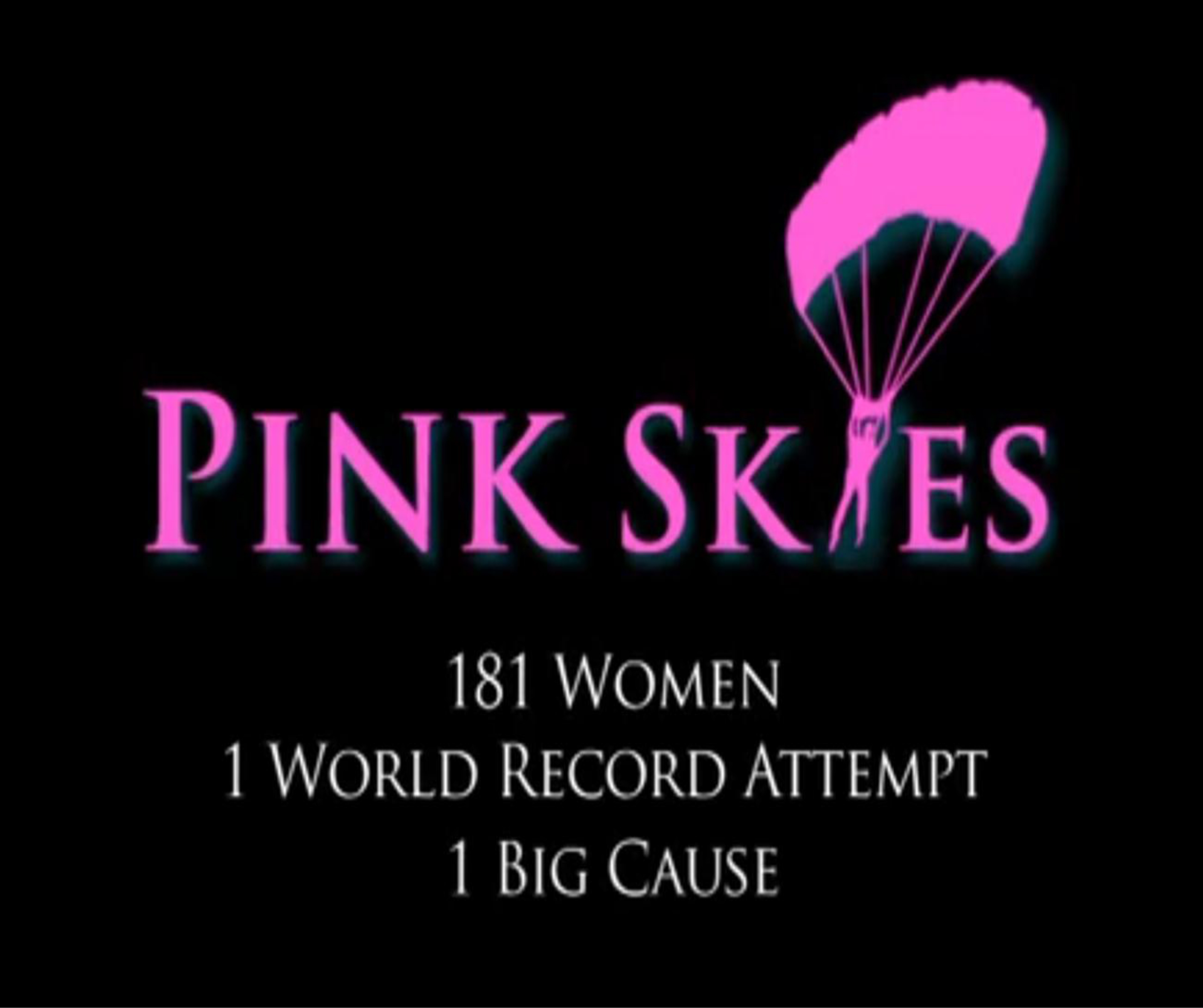 The film follows Ruth, a breast cancer survivor as she hopes to join an incredible team of nearly 200 women from 31 countries to create a World Record all Women’s Skydiving Formation.

The team also has a goal to raise nearly $1 million for breast cancer research and prevention.

It reveals breakthroughs that have not been widely publicized, and the seismic shift towards prevention.

This informational aspect is interwoven with the very challenging world record skydive event that takes place over a period of six days. 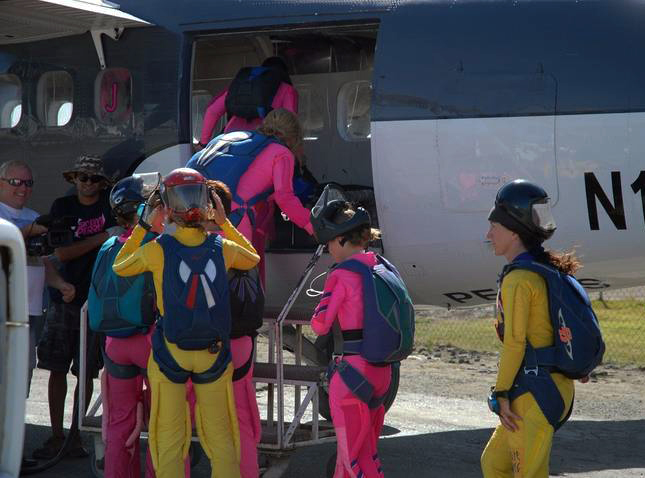 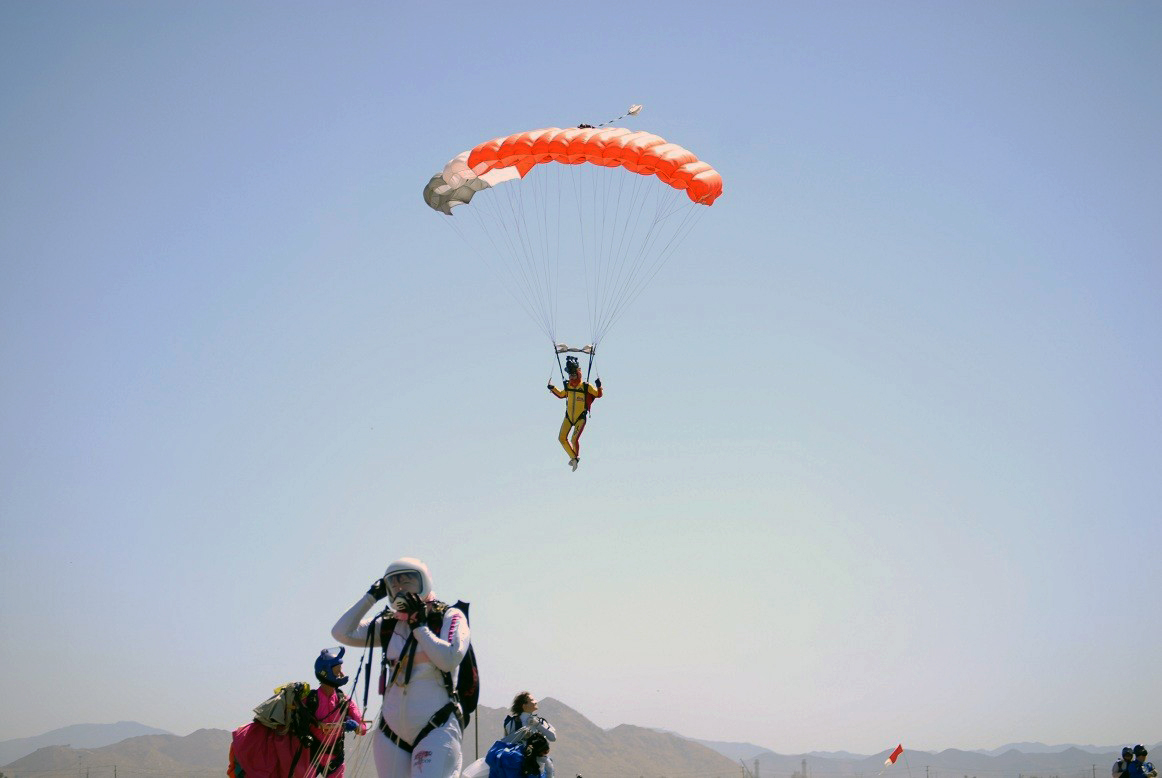 During a dinner with a fellow skydiver and a friend who worked in television program development, Producer/Director Gulcin Gilbert mentioned an upcoming event, Jump For the Cause – a World Record Skydive whose participants wwould all be women.

SShe suggested that someone should make a documentary about it. Her friend then suggested she do it. So she did.

Having made more than 3,200 skydives and slated to be a participant in this event, Gulcin knew her subject well.

Though Pink Skies marks her debut as a director, she has produced numerous multi-media projects and has had stints in front of the camera as an actress and stuntwoman.

Utilizing the magnificent camera work from the world’s top aerial cinematographers and assembling a small, tight knit multi-talented team, Gulcin was able to capture an insider’s point of view of this incredible event.

The next task was to examine the world of breast cancer. Initially, Gulcin expected just to document a survivor’s experience and deliver some of the horrendous statistics of this epidemic form of cancer.

After interviewing over a dozen experts, she realized there were some uncomfortable truths that required exposure.

Marrying the two aspects, breast cancer and skydiving, she has knitted a film that has spectacular visuals and exposes important new discoveries.